Lincoln Academy boys basketball team defeated Belfast 75-65 on Dec. 28 in the Eagles nest. The Lions led by two late in the third quarter after coming back from 11 down. Nate Masters sat out most of the third period in foul trouble and his defensive presence was missed. Riley Cushing returned from injury to give Lincoln a boost with 10 points, three assists and two steals.

The Eagles were led by Cody Tozier with a career high 39 points, and Keyden Leeman added 16. Belfast was led by Zand Bielenberg 23 and Stan Sturgis 12 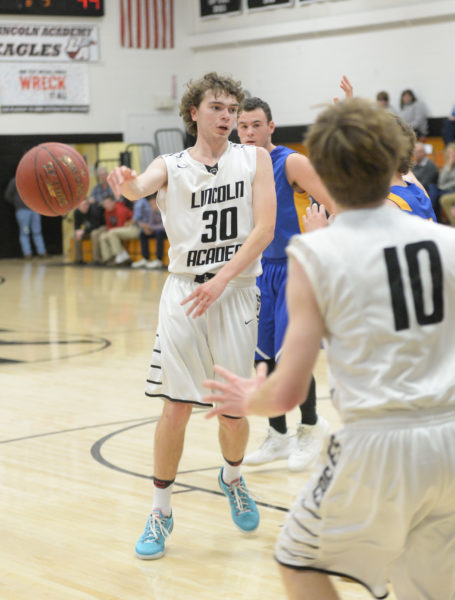 Riley Cushing fires a no-look pass out the the wing. (Paula Roberts photo) 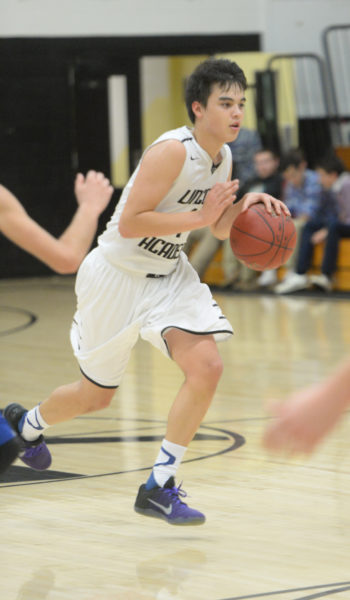