Lincoln Academy boys basketball team rallied late in the fourth quarter to pull out a 71-61 win over Camden Hills on Dec. 22 in the Eagles’ nest. Trailing by one with 3:41 to play, Gabe Hagar scored back to back break-away hoops off defensive rebounds from Lucas Houghton and Tucker Stiles. Jacob Masters hit a big three, forcing the Windjammers to foul. Hagar sank four of six foul shots in the final 28 seconds to seal the win. Lincoln had three players score in double figures, Hagar 22 (14 rebounds, 4A, 4S), Masters 17, and Stiles 16. Camden was led by Quincy Mercer with 24. 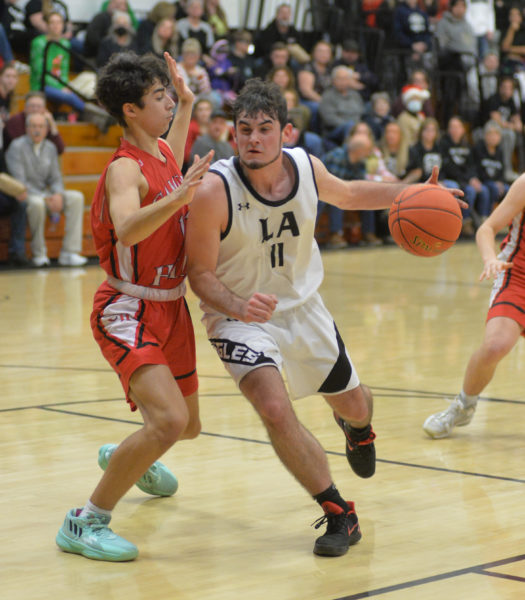