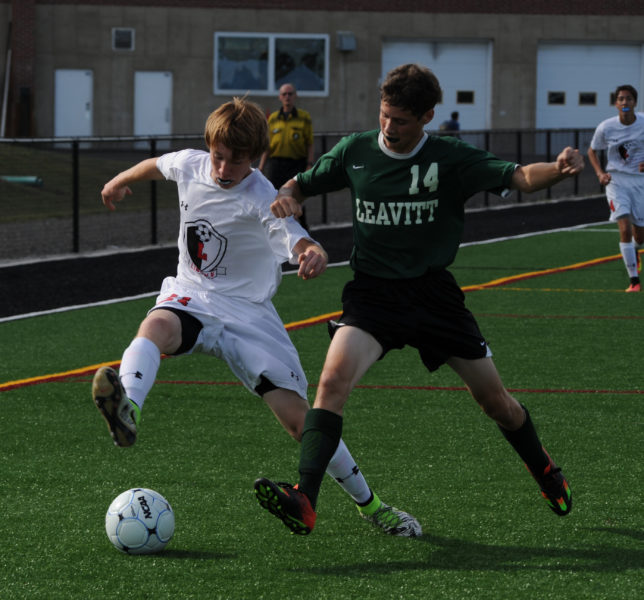 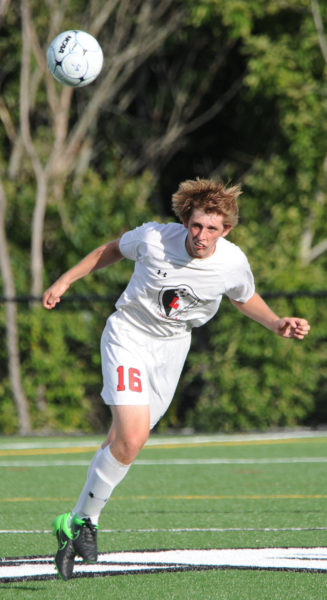 Lincoln Academy boys soccer team locked into a 2-2 tie with Leavitt on September 9 in the Eagles nest. The Hornets in the opening minute of play on a breakaway goal from Noah Lind. The Eagles tied the game by halftime. John Henry collected a flat pass from Aaron Gonzalez, dodged a Hornet defender for a wide open shot.

In second half  action, Leavitt  re-took the lead on a shot from Sam Ramser that bounced off Eagle keeper Sam Laemmle’s hands and into the far corner. Lincoln forced overtime with a late goal with under three minutes to play. Henry fed Gonzlez with a long through pass to send the game into overtime.

Both teams had opportunities to score in OT, but came up empty. Laemmle made 18 saves for the Eagles, and Lucas Perry 18 for the Hornets.