Lincoln Academy boys soccer team robbed the Panther den for a 2-1 win in Medomak Valley’s Homecoming game on Sept. 17. Medomak jumped out to a 1-0 lead  midway through the first half on a Luke Cheesman shot.  Pablo Duran headed in a rebounded Oliver McNamara shot with under a minute to play in the half to knot the score at 1-1. LA scored the game winner with 24:24 to go in the second half on a delayed call, that resulted in an Eagle penalty kick. Duran took the PK, which was blocked  by Panther keeper Eli Pluecker. Casey Duncan put in the rebound for the game winner. 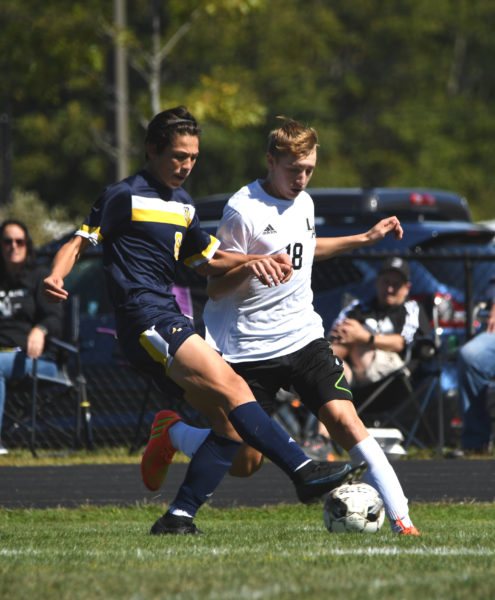