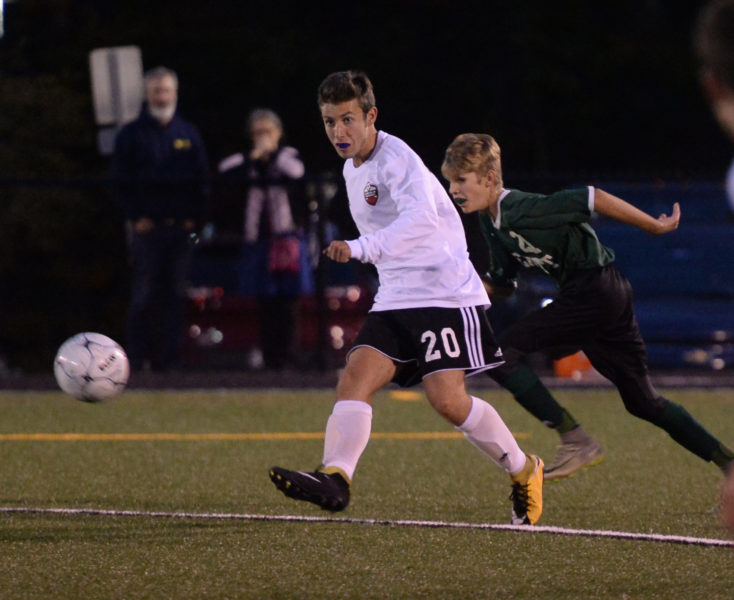 Linus Lindbucchl passes the ball out to the wing in Lincoln Academy’s 2-0 win over Leavitt. (Paula Roberts photo) 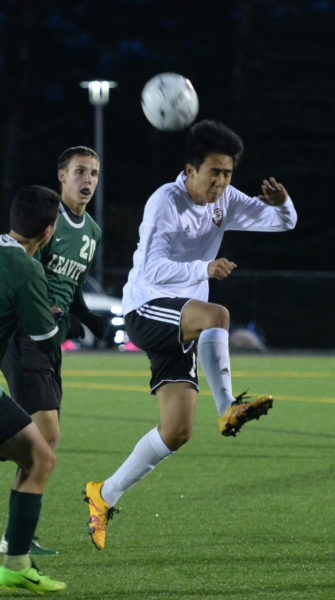 Lincoln Academy’s boys soccer team silenced the Hornets of Leavitt 2-0 on Oct. 11 under the lights in Newcastle. The game was the final home game for the Eagles. After a scoreless first half, Nathan Simmons headed in a Terry Matsudo cross with 12;06 to go. Will Shaffer found net on a Simmons cross with under a minute to play. Sam Laemmle made 12 saves for the Eagles, and Ben Hutchins 19 for the Hornets