Lincoln girls lost 2-1 at Morse on Oct. 4. The Lady Eagles took a 1-0 lead at the half on a shot from Celia Brinkler. The Shipbuilders scored two late goals to pull off the win, both scored by Shiers, including the game winner with six seconds left. 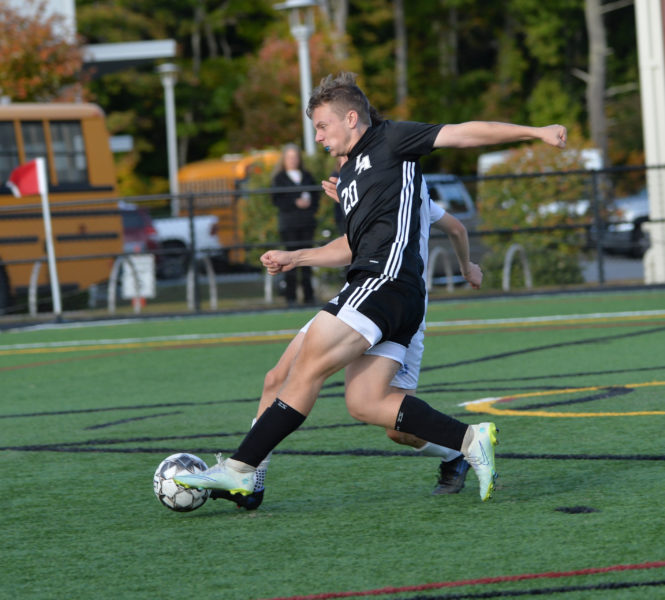 Jack Castonia takes a shot on goal for the Eagles. (Paula Roberts photo)