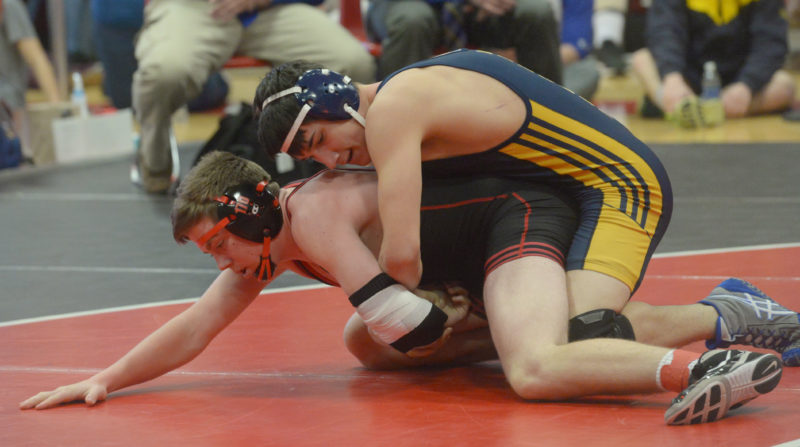 Jacob Gess got into the State B Wrestling tournament as an alternate, and went on to place third. He is pictured here working a move in the quarterfinals, which he won by fall. (Paula Roberts photo)

Medomak placed fifth as a team. 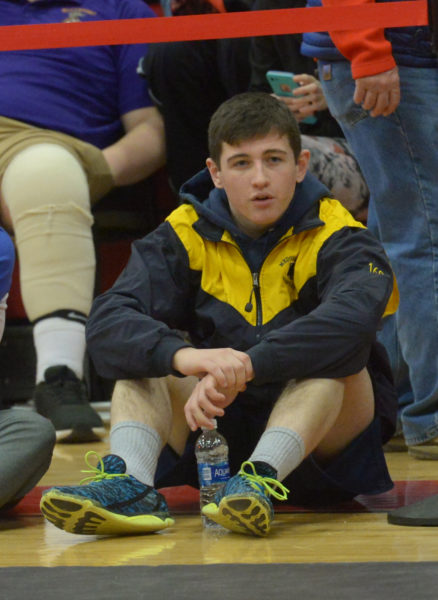