Defending champions, Medomak Valley, were unable to finish their routine after a pyramid collapse injured a cheerleader.

Lincoln Academy coach Danielle Feltis said she was happy with the Eagles routine, considering most of the team had not competed before. The team first performed their routine at Thursday home basketball team, and they performed a pyramid for the first time the morning of competition. 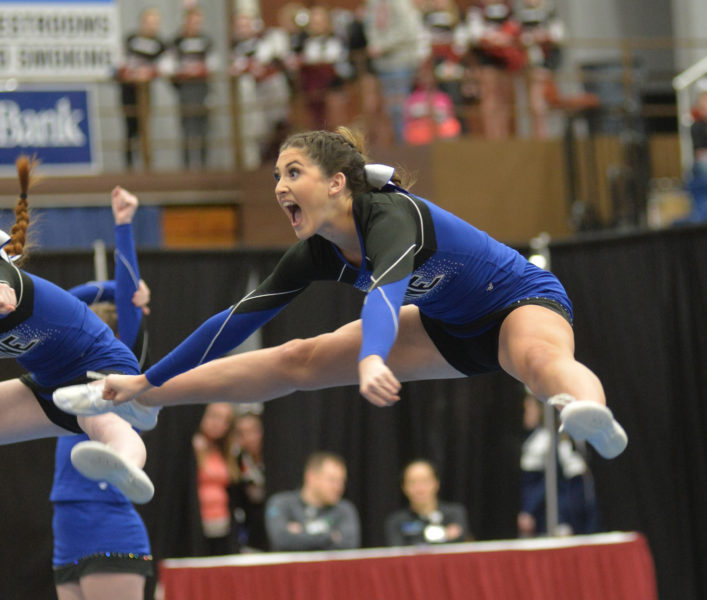 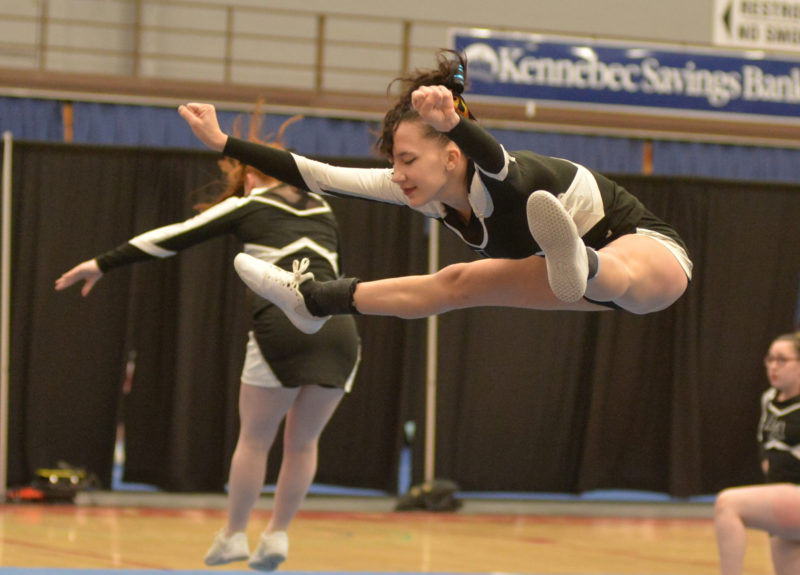 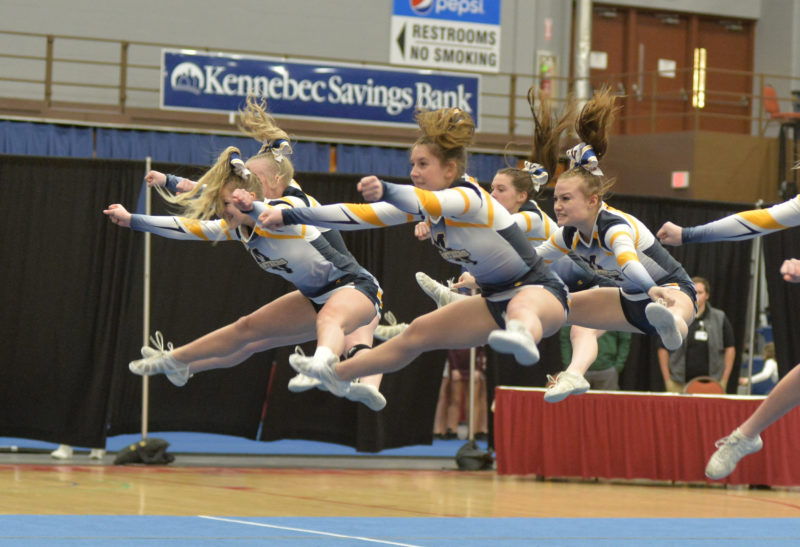 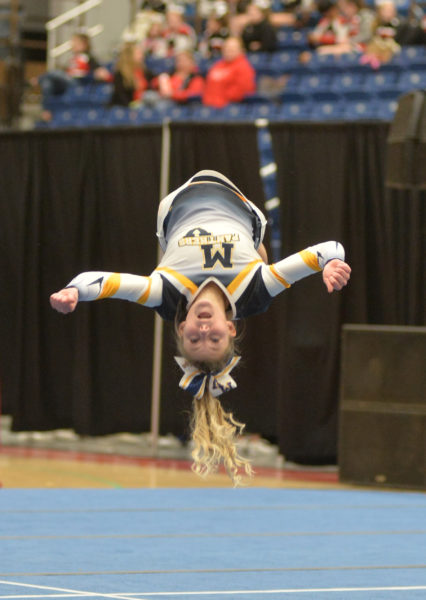 A Medomak Valley cheerleaders performs a back flip during their KVAC routine. (Paula Roberts photo)