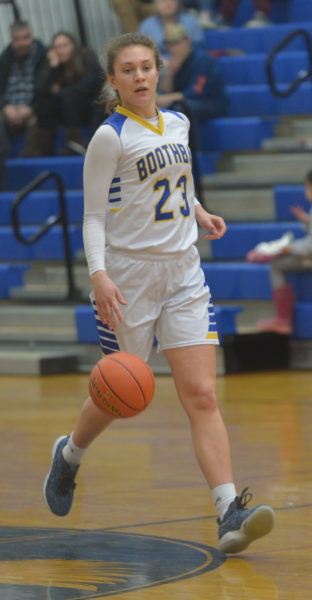 Boothbay Region senior Faith Blethen has been named the Mt.Valley Conference Player of the Year. Joining her on the MVC 1st Team is her sister Glory Blethen. Seahawk Steve Reny was named to the MVC 1st Team in boys basketball.