Freeport boys basketball team robbed the Eagles nest to beat Lincoln Academy 81-72 in overtime on Dec. 29. Lincoln led by seven with two minutes to go. Joel Hatch picked up his fifth foul and Freeport went on a 9-2 run to tie the game on a Eriksen Shea 3-pointer. The Eagles took an off balanced shot but it did not fall.

Shea moved to the left side in overtime and hit two big threes to give the Falcons a six point lead. Freeport sank four of four foul shots in the final 1:11 to play to seal the win. 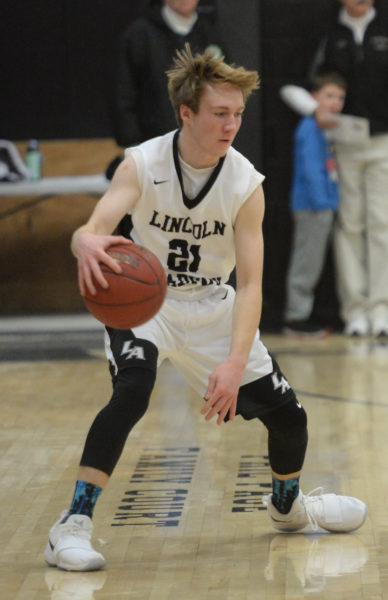