Lower seed Freeport upset Lincoln Academy boys soccer team 3-1 in a South Class B preliminary match-up on October 21 under the lights in Newcastle. A steady rain fell throughout the game. Freeport will now take on number one seed Maranacook.

Nate Simmons gave the Eagles a 1-0 lead on a feed from Gus Hunt with 12 minutes left in the first half. A Lincoln defender kicked the ball into the back of his own net with 6:51 to play in the half to tie the game for Freeport. Forty-four seconds later, Freeport scored a goal of their own on a header from Joe Ashby. to take a 2-1 lead at the half.

Lincoln dominated the second half with a 12-3 shot advantage, but their shots ran wild, and Joe Burke stopped the four that were on target.  Freeport added a goal with three minutes to play when Colby Wagner headed in a Ashby cross.

Lincoln held a 24-9 edge in shots. Sam Laemmle made five saves for the Eagles and Burke 10 for Freeport. 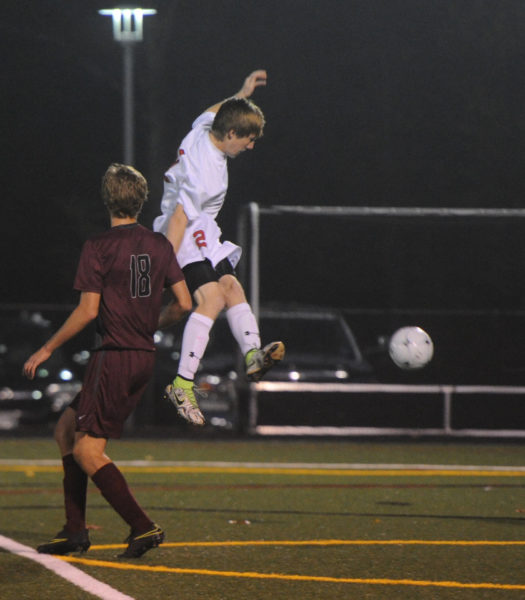 Natthan Simmons puts a shot on goal for the Eagles. 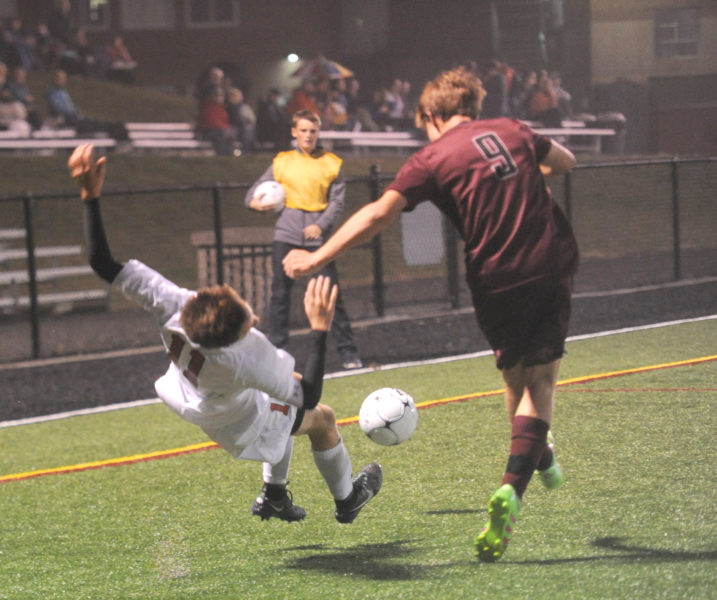 Nolen Michael has his feet kicked out from under him by Freeport’s Shea Wagner.