Medomak Valley girls lost 3-1 to Erskine Academy on Oct. 15 in the Panthers den. Mackenzie Roderick scored on a penalty kick and Sarah Praul scored after a Medomak defender slipped on wet grass and went down to give Erskine a 2-0 lead with 4:11 to play in the first half. Medomak pulled within one with one second left in the half. Sarah Nelson shot from the right side and Erskine keeper Sophia Pilotte made a diving block. Kytana Williamson collected the rebound at the left post, but Pilotte was there to block the shot. Autumn Ripley slid in to knock the ball into the net. Gabriella Sasse put a shot off Panther keeper Addison McCormick that spun in the second  half.

Wiscasset boys lost 8-2 to Monmouth on Oct. 15. Payton Blagdon scored both goals for the Wolverines.

Lincoln Academy boys soccer team lost to Leavitt 3-2 in the Eagles nest on Oct. 15. Maddox Tilas gave the Eagles the lead less than a minute into the contest. Leavitt scored the next three goals, including two from Cooper McCray and one from Blake Springer.  Jack Duncan pulled Lincoln within one on a cross from Ben Sawyer. 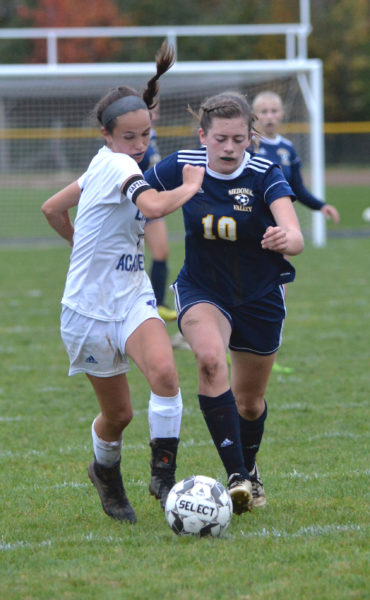 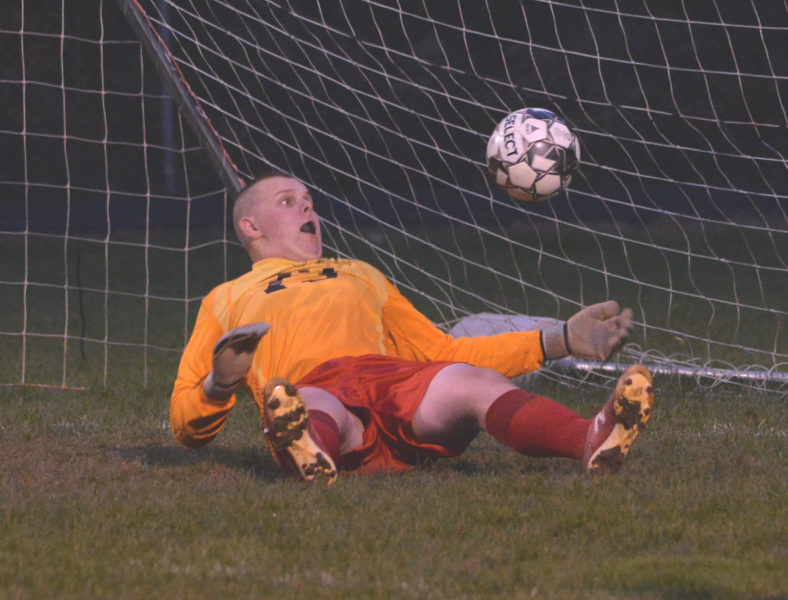 LJ Travers reacts to blocking a shot before grabbing it for the save. (Paula Roberts photo)