On paper, Medomak Valley’s North Class A quarter-final game with Gardiner looked to go down to the wire, as the two teams split in close games during their KVAC season. The Lady Panthers came out flat, and the Tigers took full advantage to take a 13-2 lead at the end of one. Gardiner then scored the first six points of the second period to build a 17 point lead.  The Tigers led 29-12 at the half. Medomak pulled within striking distance in the third with a nice little run to cut the lead to 13. Gardiner answered the threat by scoring the final seven points of the period to put the game away early. 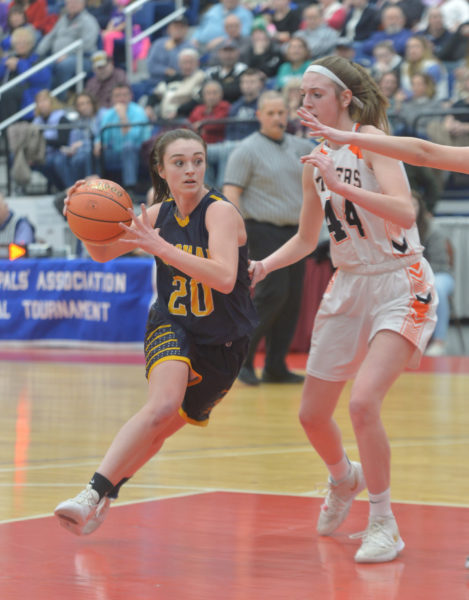 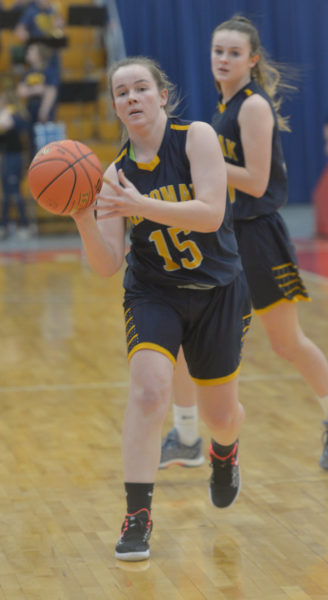 Kayla Donlin passes the ball to an open Medomak teammate on the wing. (Paula Roberts photo) 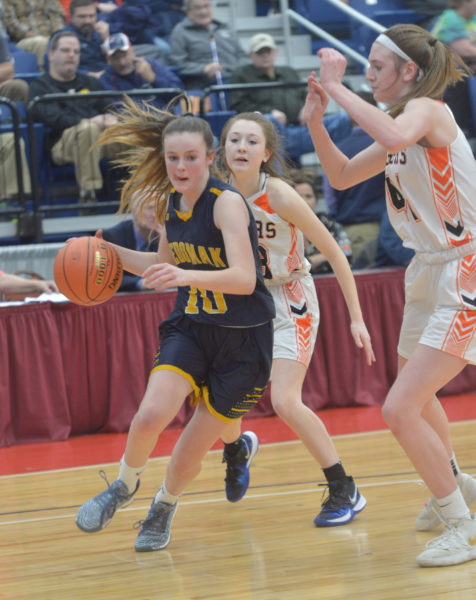 Medomak was led by Sadie Cohen and Alyssa Creamer with 9 points each and Abby Lash 7. Gardiner was led by Bailey Poore 13, Maggie Bell 10 and Lizzy Gruber 10.