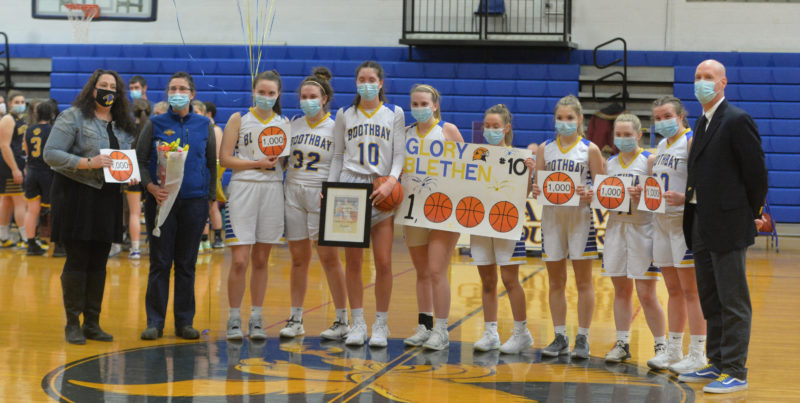 Glory Blethen is surrounded by her parents and teammates in congratulations for scoring her 1,000th careeer point. (Paula Roberts photo) 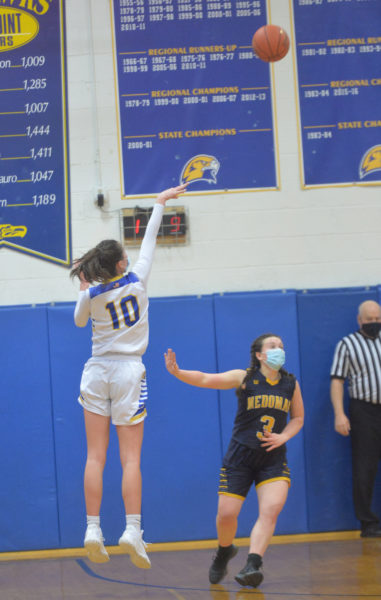 Glory Blethen launches a 3-pointer to score her 1,000th career point at the end of the third quarter on Feb. 15. (Paula Roberts photo) 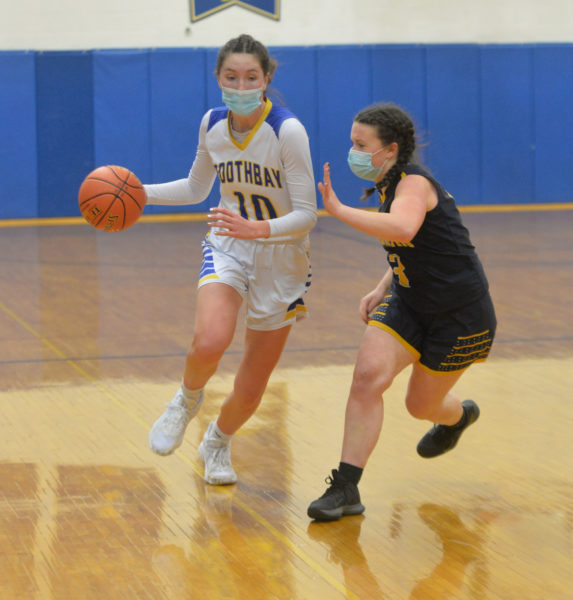 Boothbay Region senior Glory Blethen scored her 1,000th career point Monday night in a home basketball game against Medomak Valley. Blethen needed 16 points heading into the game, and got half of them in the first quarter. Medomak made her earn every point with man to man defense from Zaniah Puchalski and Julia Kunesh. Blethen hit the milestone on a 3-pointer at the end of the third quarter. 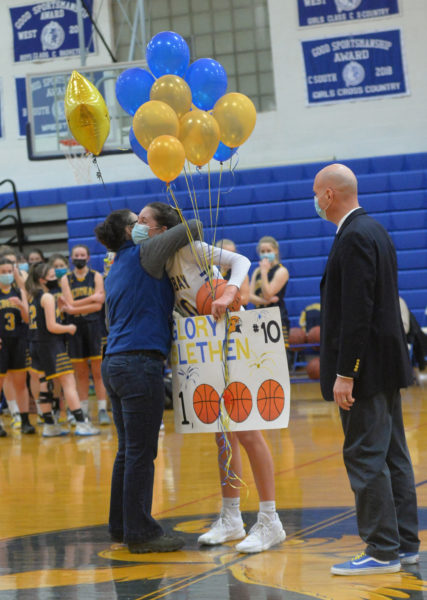 Glory Blethen gets a hug from her mother Leslie after scoring her 1,000th career point, as her father Brian looks on. (Paula Roberts photo)