Gray New Gloucester netted 23 fourth quarter points, including sinking four 3’s and going 7 for 10 from the foul line to beat Lincoln Academy boys basketball team 63-54 in the Eagles den on Dec. 20.  GNG was led by John Martin 22, John Villaneuva 16, and Josiah Rottari 10. The Eagles were led by Cody Tozier 21 and Keyden Leeman 13. 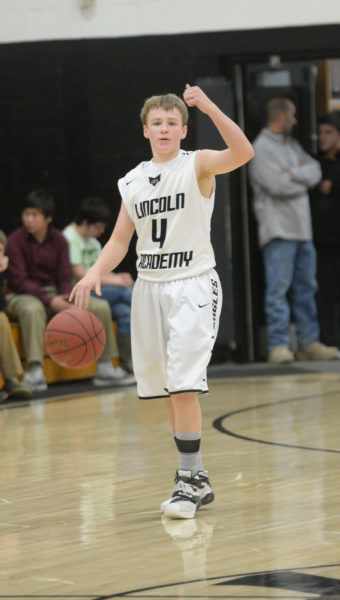 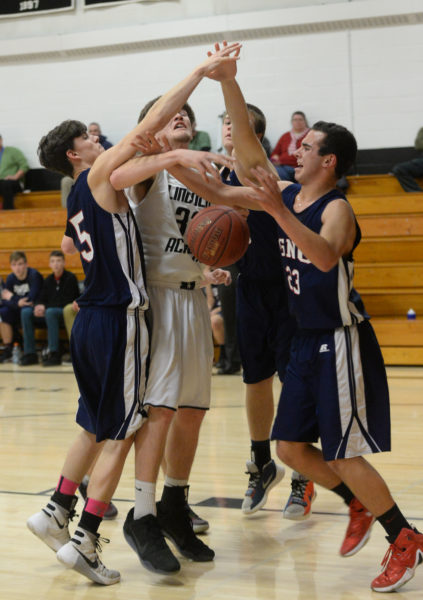