Wiscasset girls 4×00 relay won the Mt.Valley Conference championship to complete their undefeated season in the event. running a leg on the team were Gwen Webber, Grace Webber, Ayanna Stover and Vanessa Dunn.

A full report of the MVC championships will appear in the May 31 issue of the Lincoln County News. 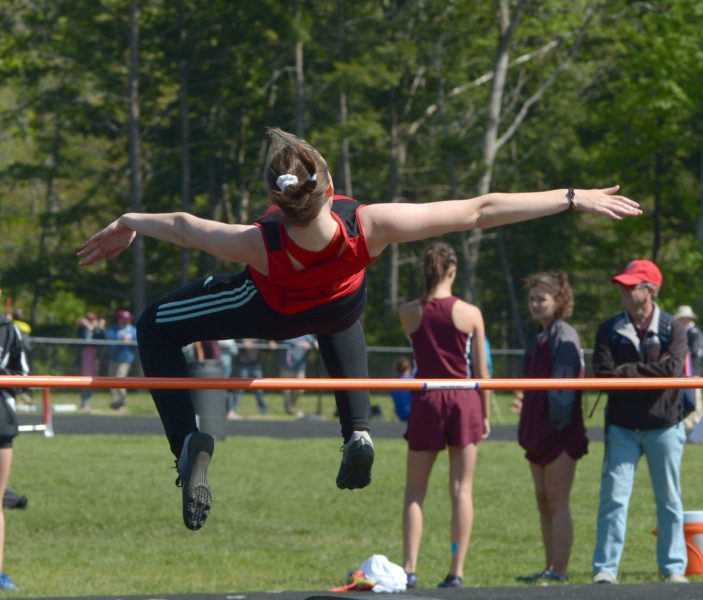 Grace Webber won the MVC high jump with a Wiscasset school record jump of 5’2″. Webber also broke the school record in the 200 in 26.94. (Paula Roberts photo) 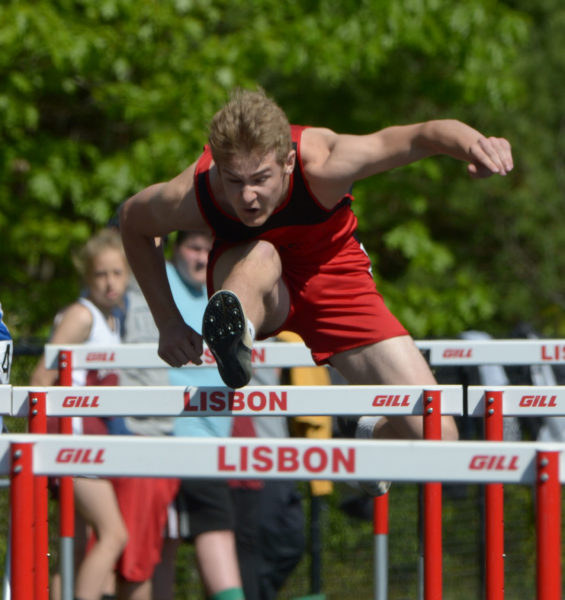 Matt Chapman won MVC championships in both the 110 and 300 hurdles.