Gray New Gloucester girls soccer team robbed the Eagles nest for a 3-1 win in a South Class B quarter-final match on Oct. 25. Ashlee Perkins scored two first half goals, the first less than two minutes into the contest, and the second the go ahead goal with under two minutes to play. Marley LeBel knotted the score with a 40 yard boot on a direct kick with 30 minutes to play. Lancy Farrar scored the Patriots third goal of the night. 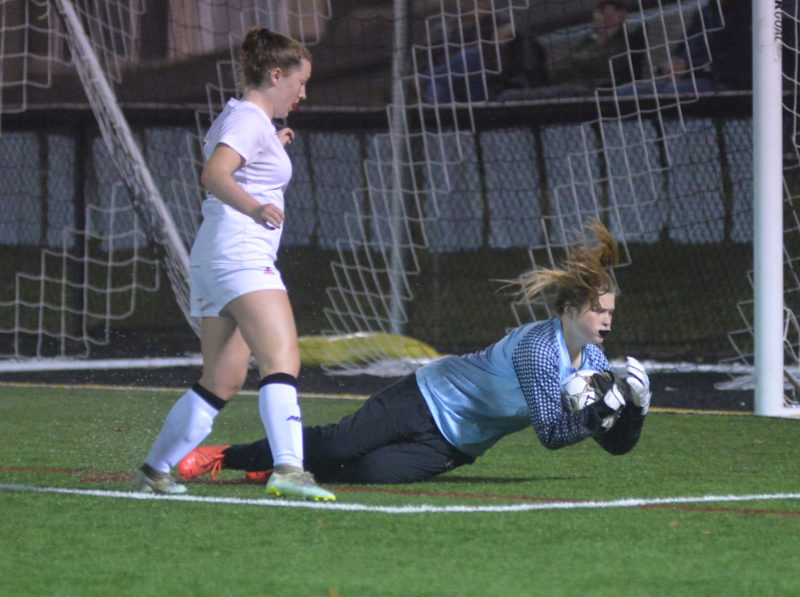 Jllian Chadwick makes a diving save for the Eagles. (Paula Roberts photo) 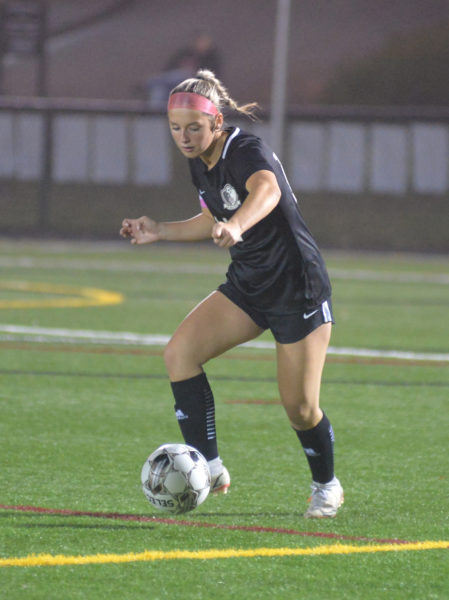