Gray New Gloucester pulled away from the Eagles in the third quarter to win the South Class B Regional girls basketball championship on Feb. 25 at the Cross Insurance Center in Portland. The Eagles led 8-5 at the quarter and trailed 15-12 at the half. Lincoln scored the first five points of the third period to take the lead. The Patriots scored the final eight points of the third to take a 32-21 lead into the final period. Gray NG’s Brianna Jordan hit a big three to open the fourth and give the Patriots a 14 point lead. 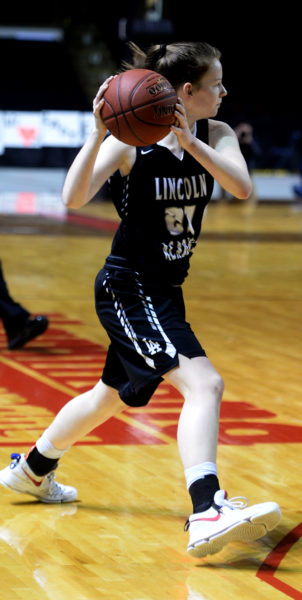 Katie Moore passes the ball inside for the Eagles. (Carrie Reynolds photo) 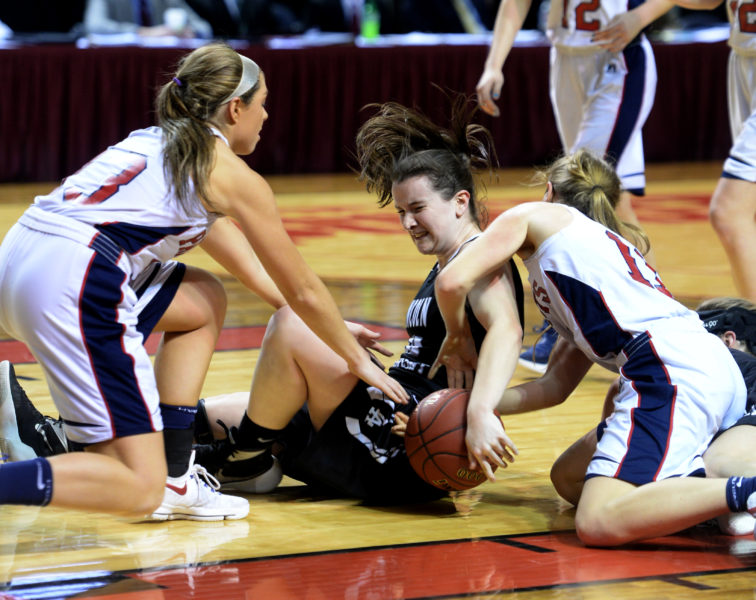 Anna Hatch dives on the floor for a loose ball. (Carrie Reynolds photo)