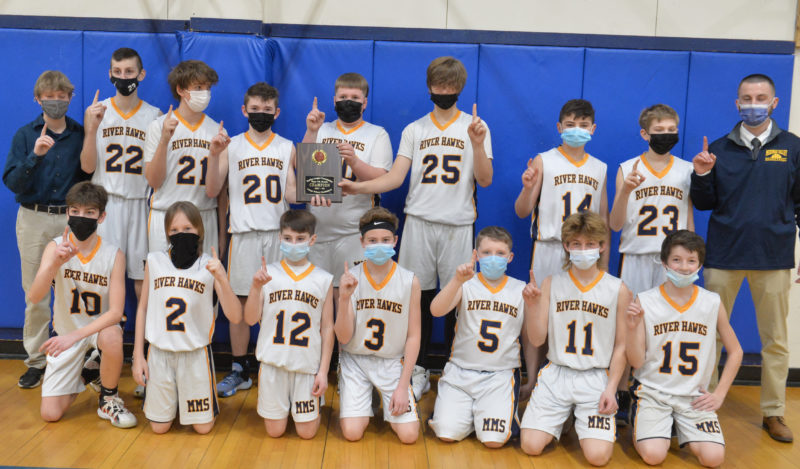 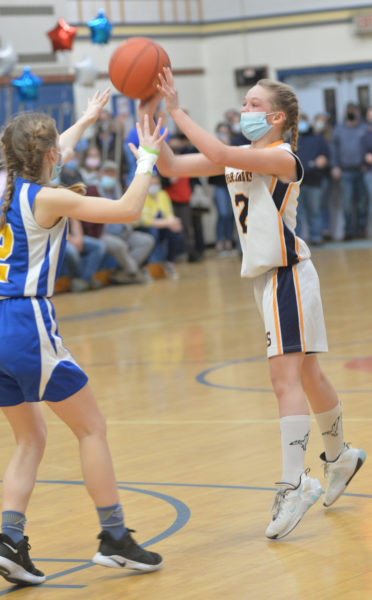 Great Salt Bay School girls were first on tap. The Lady Cougars clipped Oceanside 58-52 in overtime for the 8th grade championship. GSB’s only loss of the season came in their very first game to Oceanside. A. Poland netted 24 points for Oceanside in their first match-up, but GSB, led by Maggie Thompson, held her to four points in the championship game. The Cougars were led by Thompson with 23 points, Tallulah Marks with 14, and Lexie Houghton 8. Lilly Pinkham sent the game into overtime with the tying basket. Oceanside was led by K. Keibler 19, and A. Stackpole 16.

Medomak 8th boys basketball team defeated Oceanside 63-53 for the Busline League title. The Riverhawks were led by Luke Cheesman and Aidan Herring with 15 each, and Josh Blake 12. Oceanside was led by Kingsbury with 27 points.

Medomak 7th grade girls lost a close game to Belfast, 28-26. Belfast was led by Emme Tripp with 13 and Jaedyn Brady with 8. The Lady Riverhawks were led by Paige Gerlack with 11, and Grace Havener and Brooke McNelly with 4 each.

Medomak 7th boys closed out the Busline League championship games with a 33-32 win over Oceanside. Clark Elwell nailed a couple of clutch free throws with 26 seconds to play to seal the win. Medomak was led by Elwell with 12, and Lanny Morrison 8. Oceanside was led by Nicholas Tripp 8, and Alonzo House 7.