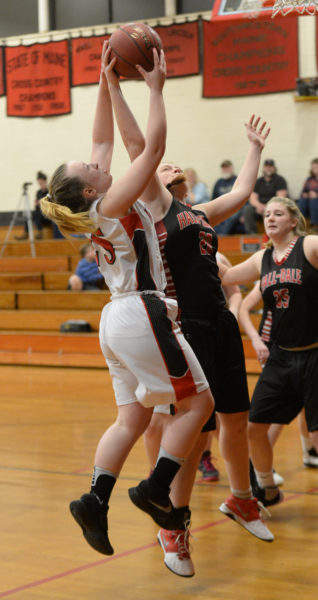 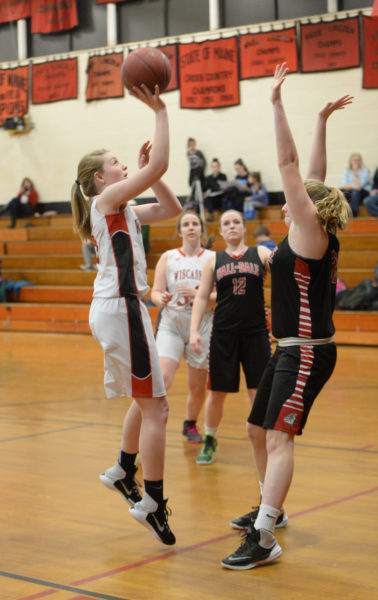 Hall-Dale girls basketball team clipped the Lady Wolverines in Wiscasset, 40-28 on Jan. 21. The Bulldogs jumped out to a 10-0 first quarter lead. Wiscasset closed the gap to three by the half, 17-14. Wiscasset tied the game twice, once early in the third and once early in the fourth. In both cases, Hall-Dale went on a 6-0 to retake the lead.

Hall-Dale was led by Sabrina Freeman 13, Cat Kincaid 9 and Kayla Searles 8. Wiscasset was led by Hayhlee Craig 18 and Maeve Blodgett 7.