Jay Hasch broke Boothbay Regions high jump record and took first at the MVC track and field championships with a jump of 6’4″. Connor Demmons won the discus for the Seahawks.

Blake Erhard won the MVC title in the 800m.

Lady Seahawk Reagan Cola was crowned MVC champion in the 400. 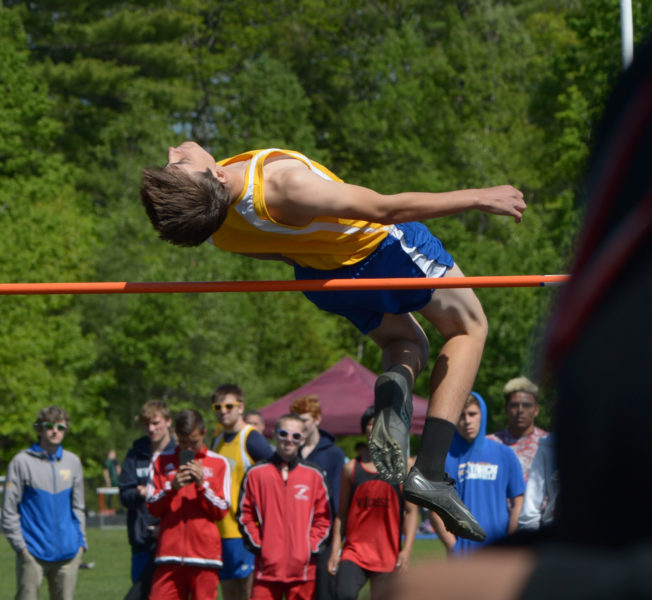 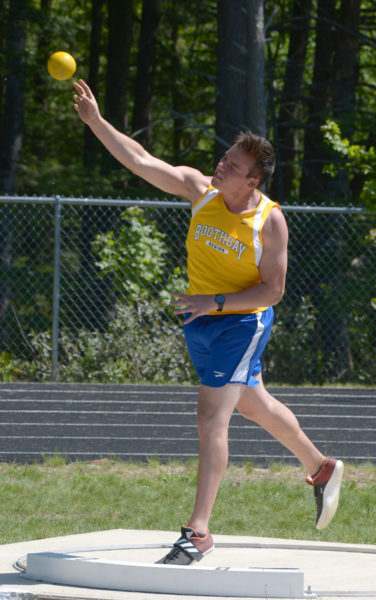 Connor Demmons placed fourth in the MVC shot put, and won the MVC title in the discus. (Paula Roberts photo)