Leavitt jumped out to a 4-0 first inning lead on six Eagle errors, and Lincoln Academy softball was unable to recover. Abby Robertson collected the win and Kortney McKenna took the loss.

After four scoreless inning, Lincoln scored two in the fifth, three in the sixth and two in the seventh. Lexi Harford led the Eagles at the plate with a double and two singles (2RBI), Khloe Poland added three singles, McKenna two singles, and Abby Nelson, Belle Sawyer and Anna Hatch a double each. 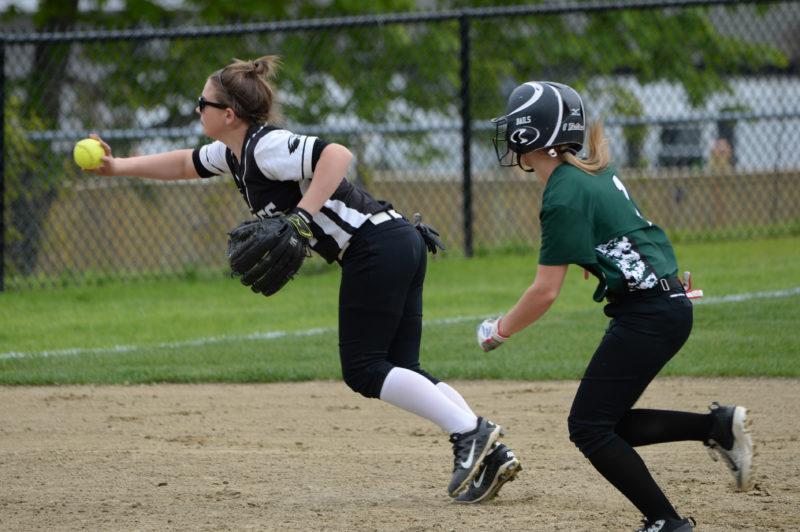 Lincoln Academy shortstop Khloe Poland flips the ball to third to pick up the out on Leavitt’s Bailey Derocher. (Paula Roberts photo)