Page Brown knotted the score for Boothbay at the foul line at the start of the final period. Tia Day hit a big thee, which started a 9-2 run to give Monmouth a seven point lead with two minutes to play. Monmouth spread the floor and forced Boothbay to foul, then sank 4 of 6 foul shots in the final 47 seconds to seal the win.

Boothbay was led by Faith Blethen with 21 points and Brown 15. Monmouth was led by Day 14, Kaeti Butterfield 12 and Abbey Allen 10. 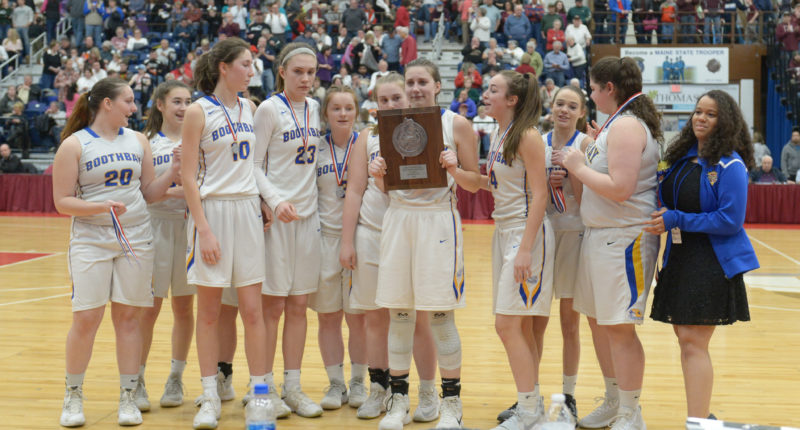 The Boothbay girls basketball team show their South Class C runner-up plaque to their fans after losing to Monmouth on Sat., Feb. 4 in the Regional finals. (Paula Roberts photo) 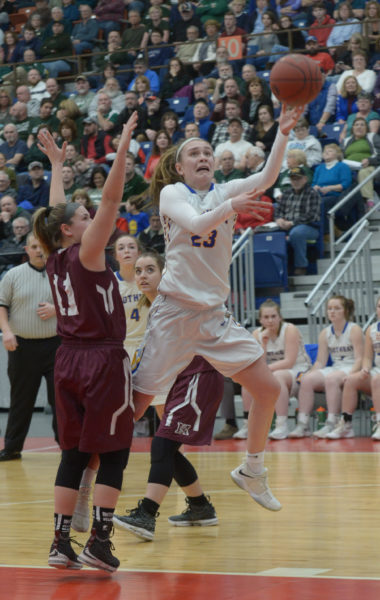 Faith Blethen drives inside for Boothbay in the fourth quarter. (Paula Roberts photo)