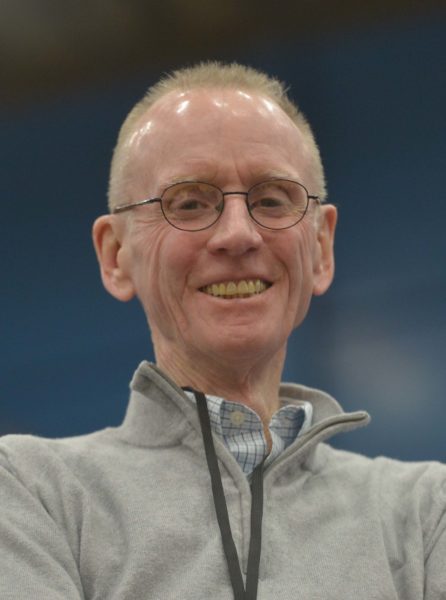 Boothbay Region High School’s boys basketball coach of 43 years, I.J. Pinkham, is hanging up his varsity coaching hat, but not stepping away from the game. (Paula Roberts photo)

Legendary Boothbay Region boys basketball coach I.J. Pinkham is hanging up his varsity coaching hat after 49 years. “I am not applying for the coaching job next year. I am done with varsity,” Pinkham said. While retiring as varsity coach, Pinkham is not stepping away from the game he loves. “I might volunteer,” he said.

Pinkham has been head coach at Boothbay Region for the past 43 years. He was inducted into the Maine Basketball Hall of Fame in 2016 and the Midcoast Sports Hall of Fame in 2017. In his 49 years as varsity coach at Buckfield (six years) and Boothbay Region (43 years), he has accumulated 659 wins and 316 losses. He has won more basketball games than any other coach in Maine high school history.

Pinkham calls that state championship win his all-time favorite moment as a coach. Pinkham said it was a one-point game with seconds to play before Boothbay surged ahead to beat Piscataquis 71-66.

“They were a great group of kids. They were just a bunch of gym rats. If we didn’t practice, they practiced on their own,” Pinkham said of his championship team.

Boothbay had won the regional title the year before, then lost the state title game 58-45 to Penquis. Although they graduated a fair number of athletes, they came back in 2001 determined to get the job done. 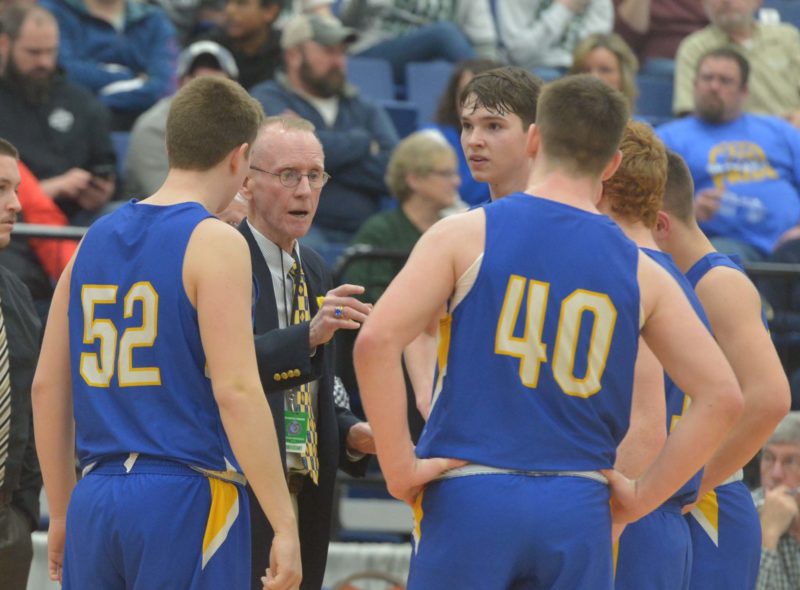 Pinkham played basketball at the University of Maine at Farmington under coach Len MacPhee. “He was a low-key kind of guy and very knowledgeable. I was not a starter, so I had plenty of time to observe,” Pinkham said in an interview in 2016.

After graduating from UMF, Pinkham landed a teaching job at Buckfield and launched his varsity coaching career in 1971. After six years at Buckfield, Pinkham took a math teaching job at Boothbay Region. The veteran coach took over the varsity boys program and took the Seahawks to the Western Maine finals in his very first year. Pinkham retired from teaching in 2015, but kept coaching the sport he loved.

When asked what kept him motivated for 49 years, Pinkham responded, “I just like being with the kids. I enjoy the kids and practices. I enjoy the competitiveness and scouting other teams and attending games.”

Perhaps Pinkham’s most difficult year to coach came in 2010, when he was diagnosed with cancer of his tonsils. Pinkham took “time off” in the summer and early fall for radiation. He underwent chemotherapy during the basketball season. “I went to Brunswick (for chemo) in the morning or afternoon and came back for practice,” he said.

“I still enjoy the game. I love the game. I watched every state championship game on Sunday, from state D girls to state AA boys. What was really good is I hadn’t gotten a paper, so it was all new to me,” he said. 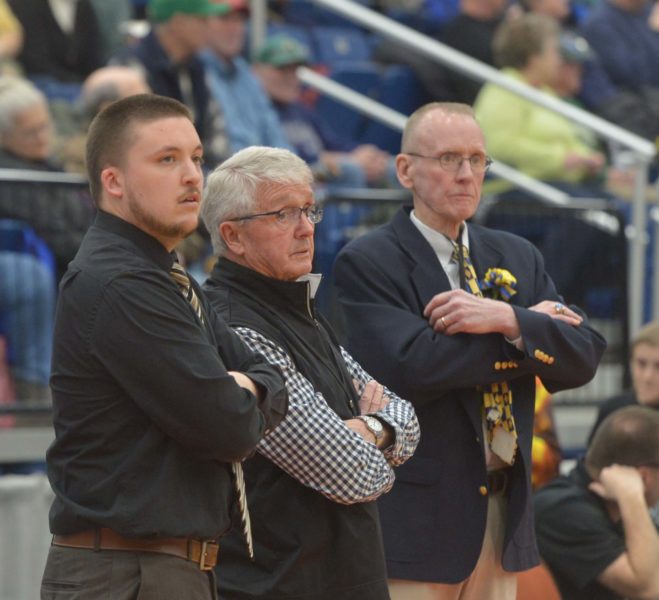 Pinkham called Boothbay a “really good place to coach. The administration stands behind you. They’ve got your back, which makes it easy. I’ve had a lot of administrators over the years and they all have been supportive, so it will be a good job for somebody.”

“The community has always been supportive. They love their basketball,” he said. “When I started coaching here, I thought it would be a stepping stone, to go to Class B, then Class A. When we moved here, we fell in love with Boothbay, so never thought about coaching anywhere else.”

The soft-spoken leader has coached three generations at Boothbay Region.

At age 72, Pinkham said, “It takes a lot of time. I have been doing this 49 years. It was time for someone else to take over. We have a good group coming back. It will be a good job for someone. It is not like I’m leaving when the cup is empty.”