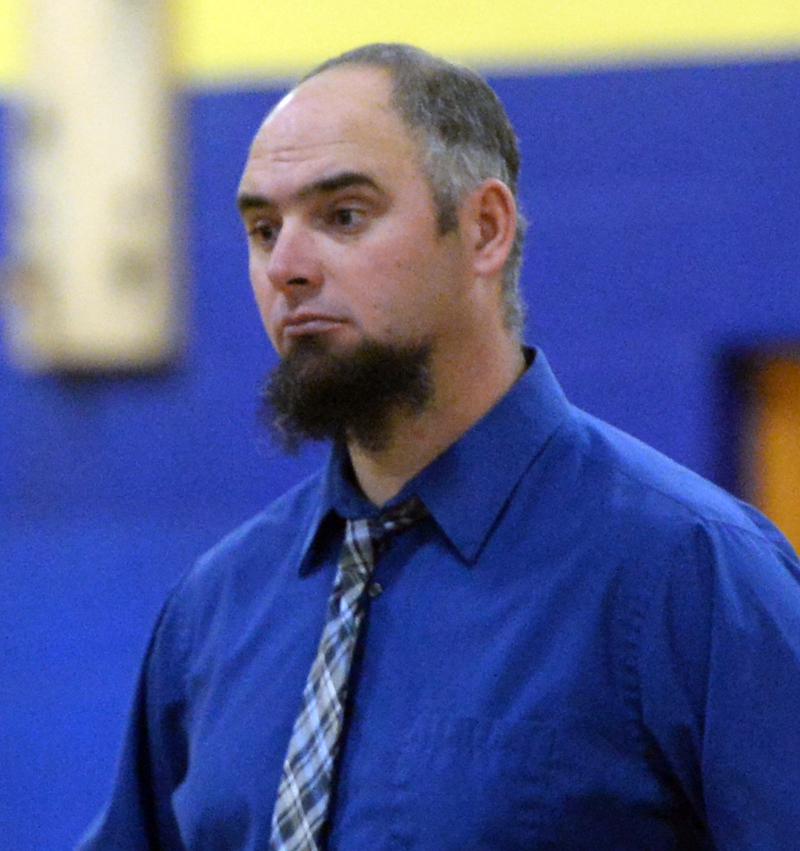 Jed Harris will head up Medomak Valley wrestling this season.

Jed Harris will head up Medomak Valley wrestling this season. Harris is no stranger to wrestling at Medomak, having co-coached the varsity with Billy Bramhall for the past 12 years. He also coached at Medomak Middle School for two years and has coached at the Medomak Pee Wee level for 13 years.

Assisting Harris will be Elias Miller, a 2019 Medomak graduate. Miller won KVAC and Regional titles in 2019, and had 150 wins during his high school career. “He will be a great help. He is quite a bit younger than me.”

Three days before the start of the season Harris said he is “baffled” that the Maine Principals Association had no guidelines in place for wrestling. “We start Monday not knowing if we can have kids on the mat that are not vaccinated. We do not know if they need masks.”

“When kids heard they had to be vaccinated they said to heck with it,” Harris said  of mandatory vaccinations for wrestlers that were put in place by the MPA, and later withdrawn. MPA guidelines released on Nov. 18 passed on the tough decisions of vaccination and masking to leagues and school districts.

“I don’t know if they have even done alpha weigh-ins yet Harris said of pre-season weigh-ins to monitor and prevent severe weight loss once the season has started. “We are behind.”

Harris said the middle school team was “just starting to do pretty good,” before wrestling was shut down for a year due to COVID. “Some of the middle school kids I had should move up. I hope they move up. We have a few kids with knowledge, but they should be pretty green.”

The last few wrestling season, Medomak Valley has had almost a full boat, filling almost all the weight classes. And they had several wrestlers place in the top 4 in Class B.

“The middle school team, when we were healthy, were right there as well. We were trending in that direction.”

After a year off, Harris said it is “kind of exciting” to be back on the mats and wrestling. “I am excited to see what some of these kids can do. When we get on the mat we should be fine. We will wrestle with the same intensity as we always did. It will be neat to see who does what.”

Of COVID, Harris said when someone on the football team had COVID they sat out a few weeks. Hopefully we can stay away from it. I think everyone is in the same boat, with the year off. On Monday (Nov. 22) we will see what happens and move on from there.”