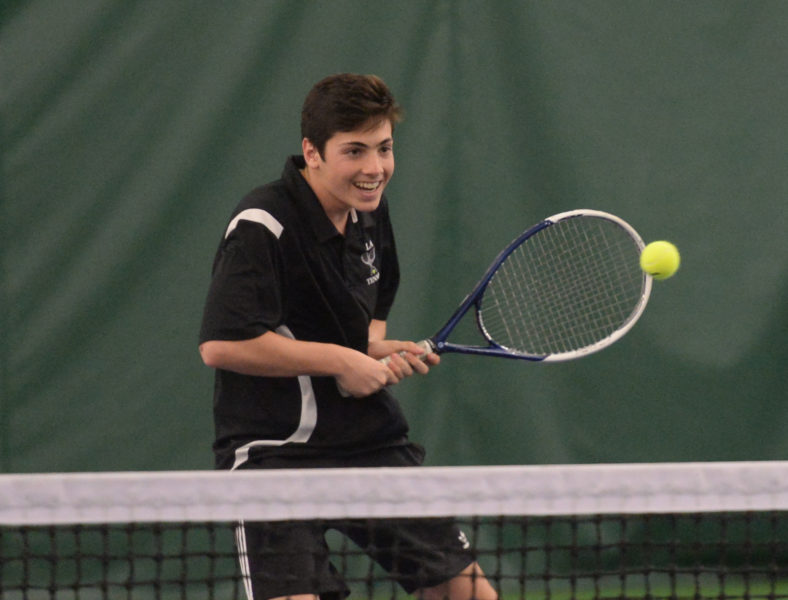 Nicos Campos is all smiles as he returns his fourth straight shot at the net. (Paula Roberts photo) 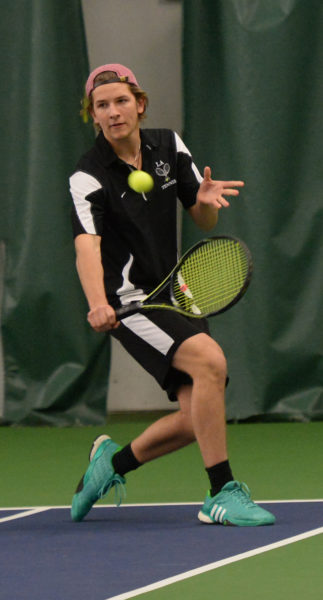