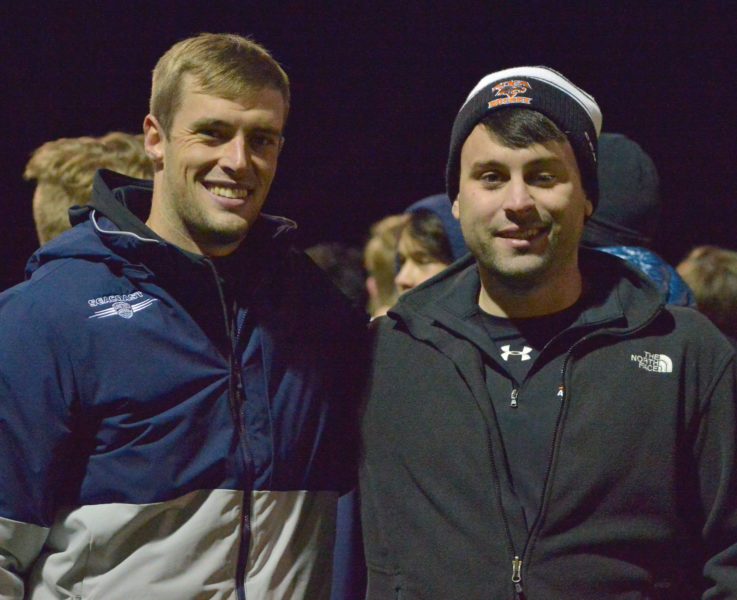 When Masters landed the NYA head coaching job earlier in the year, he called his friend since high school, Organ. The men, both 2013 graduates of LA, met when Organ moved to the area as a sophomore. Over the years they have become close friends.

“In the summer, I was so excited to find out Tom had been named the NYA coach,” said his former coach at LA, K.J. Anastasio. NYA came to LA for a preseason scrimmage. “I had no idea Eric was the JV coach until he walked off the bus,” Anastasio said.

“Watching Eric and Tom work with their team that day, I thought they did a great job. I could tell they already had a good connection with the kids, and obviously they worked well together. The kids were receptive to their coaching. Who knew it would blossom into the kind of year they had? It is truly remarkable,” Anastasio added.

“Tom was always a student of the game and he was a natural leader,” Anastasio said. “He played more soccer than anyone I had ever coached, was as skillful as anyone, and always worked hard. … We had some pretty successful seasons at LA with Tom running the team. When you consider all of those traits on the field, those are the building blocks of becoming a good coach.”

“I was able to see Eric’s coaching ability firsthand when he helped coach LA’s boys lacrosse team. The kids gravitated to him immediately and he was able to teach the game in a way that was easy to understand. That was no surprise to me because when Eric was a player of mine he was always a problem solver and a communicator. He was able to analyze any situation within the game, break it down, and offer solutions. Even when he was in high school, he was like an additional coach on the sidelines,”

Masters “is a great coach,” Organ said. “He is a great friend. He knows his stuff when it comes to soccer. He gets the most out of the kids. He gets a second gear out of them.”

“I threw a lot of responsibility on the freshmen. We had our ups and downs,” Masters said of players adjusting to his expectations and style of play.

NYA lost its first games of the season, against Sacopee Valley and Lake Region, but turned around its season and beat both in their second meetings.

Organ said the team is made up of a “lot of hockey kids.”

“We are lucky we have athletes in general. They bring a competitiveness,” he said. “They have a different type of thought process.”

NYA went into the tournament as the seventh seed with a 5-7-2 record. The Panthers played in the tough Western Maine Conference against highly seeded Class C and B schools. Playing against tougher competition prepared NYA for the regional tournament.

“The kids are great, smart, and have plenty of talent. And they work their tails off,” Masters said of his team.

“They are peaking at the right time,” he said after the regional win. “The kids still have to execute the game plan. We knew we would have chances, the key was to put them away. We executed enough to get the win.”

“We are incredibly fortunate to have a great group of kids. We have one more step in our journey,” Masters said of NYA defending its state title.

The Panthers fell short of their goal, losing 2-1 to Central Aroostook in the state Class D game Saturday, Nov. 9 at Hampden Academy. 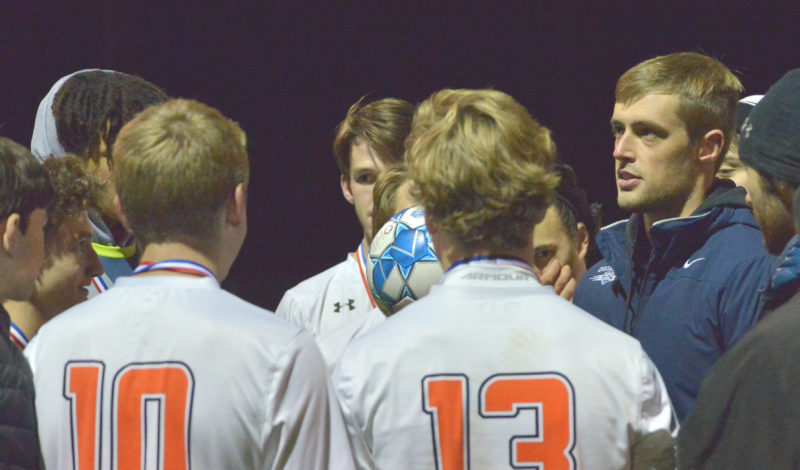