Freshman pitcher Grace Houghton fired up a one hitter to lead Lincoln Academy softball to a 1-0 win over Spruce Mountain in the Eagles nest on June 4.

After six and a half scoreless innings, Houghton reached on an infield single. Pinch runner Madi Bradbury moved to second on a Lizzie Ober fielder’s choice, made it to third on a catcher’s bobble and scored on a walk off single to Katelin Tozier.

Hitting for the Eagles were Houghton with a triple and single, Joy Hedrick a double and Ober and Tozier a single each.

Brooke Boute had the only hit for Spruce Mountain. 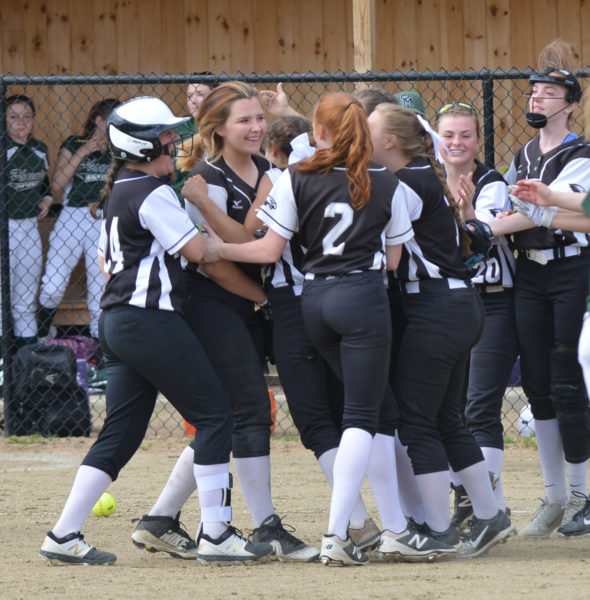 Lincoln Academy softball players surround Katelin Tozier after she hit a walk-off single in the bottom of the seventh inning to lift the Eagles to a 1-0 win over Spruce Mountain. (Dennis Boyd photo)