Hitting for Lincoln were Payson Kaler with two singles and Houghton a double.

Hitting for Medomak were Creamer and Grace White with two singles each and Natalie Stewart one. 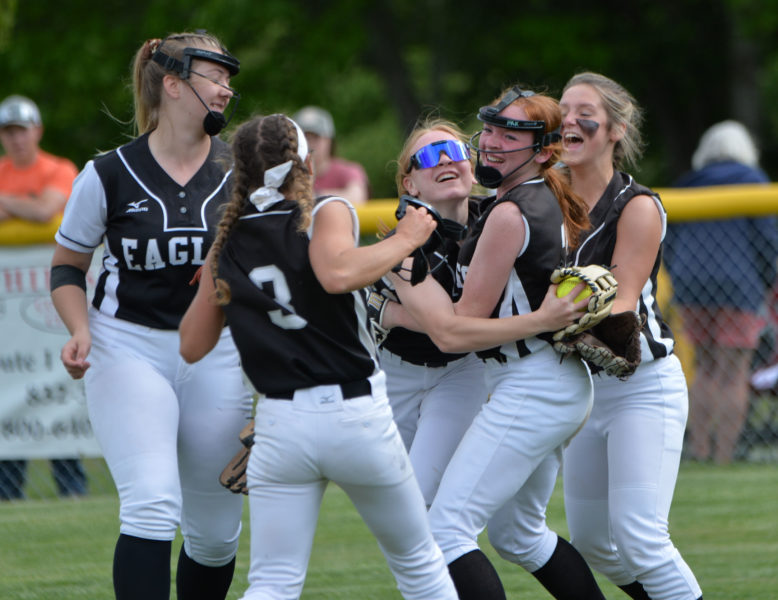 Lizzie Ober, Grace Houghton, Payson Kaler and Nichole Hammond swarm Natalie Kaler after she made a running catch for the final out in Lincoln Academy’s 4-1 win over Medomak Valley on June 1. (Paula Roberts photo) 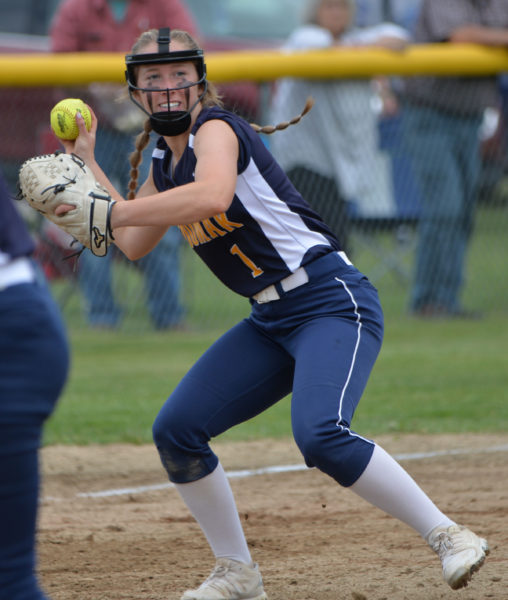