Lincoln Academy Boy’s lacrosse team lost to Waynflete 18-4 in the State Class C championships, played at Fitzpatrick Field in Portland. Waynflete netted the first goal, before the Eagles scored the next two from Nathan Simmons and Nolen Michael to take the lead 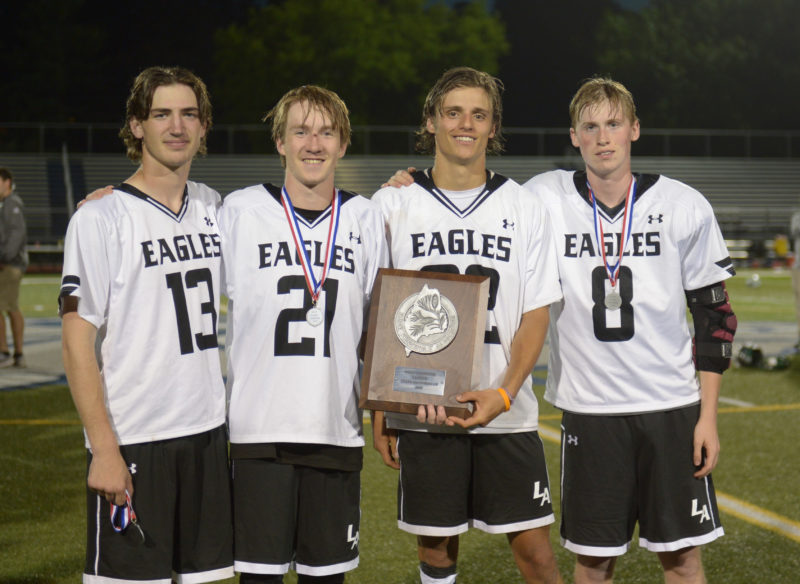 . The game was tied 2-2 at the end of the first quarter. Waynflete scored the first two goals of the second frame, before Liam Cullina found net to pull Lincoln within one. The Flyers scored five straight goals, including two in the final minute of the first half to take a 9-3 lead into the break.

Scoring for the Eagles were Liam Cullina with two, and Simmons and Michael one each. Scoring for Waynflete were Miles Lipton and Liam Feeney with seven each, Zane Moorhead three and Oliver Burdick and Mat Ogwudiegqu one each.