Lincoln Academy girls tennis team improved to 11-0 in their KVAC home finale on May 16. The LA Eagles swept the visiting Eagles from Erskine Academy, to pick up their 11th shut out of the season. 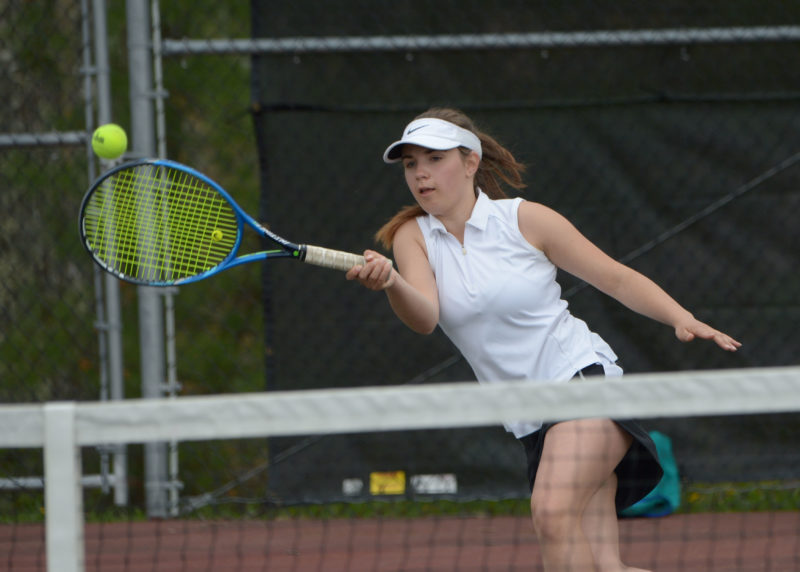 Anastasiya Oliver slams the ball at the net in the Lady Eagles final home game of the season. (Paula Roberts photo) 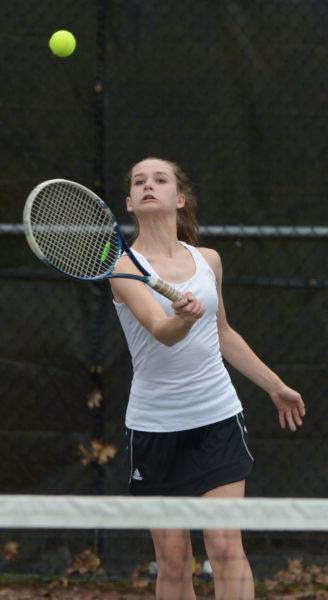 May Halm returns a shot for the Eagles in second doubles action. (Paula Roberts photo)