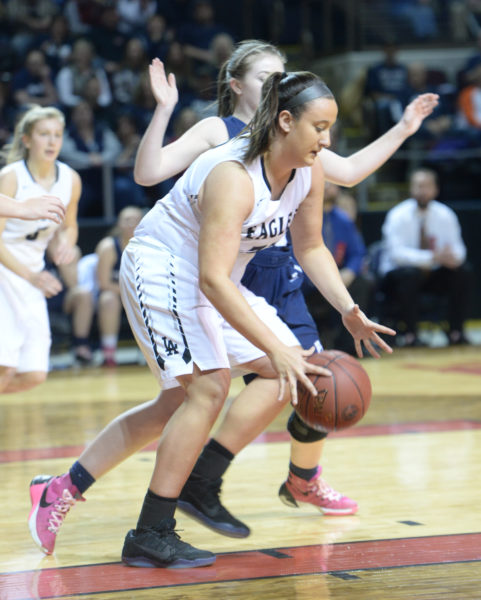 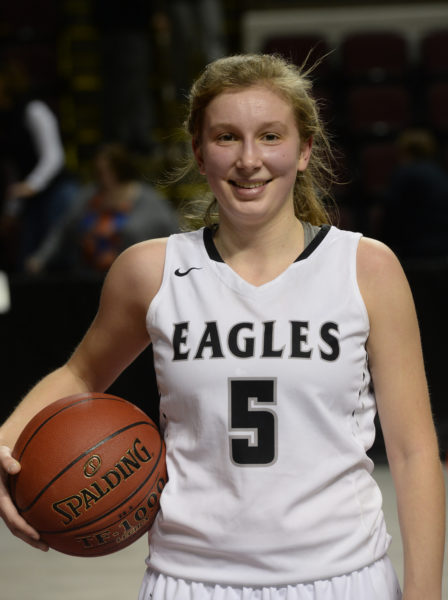 Brie Wajer was presented the game ball after the Lady Eagles quarter-final win over Poland, in honor of her scoring her 1,000th career point. (Paula Roberts photo)

Lincoln Academy girls basketball team defeated Poland 62-52 on Feb. 23 in a South Class B Regional semi-final to advance to the championship game to be played at 1 p.m. on Sat. Feb. 24 at the Cross Insurance Center in Portland (old Civic Center).

Senior Brie Wajer scored her 1,000th career point  three minutes into the third quarter on a jump shot.  Wajer finished with 24 points, and Cagney O’Brien 14. Starter Dorothy Hodous went out on the opening play with an injury, and six foot senior Kaitlyn Feltis went out with an injury with 12 seconds to play in the first period. O’Brien sat out much of the third in foul trouble.