Sixth seed Lincoln Academy girls basketball team defeated 11th ranked Lake Region 49-40 on Feb. 16 in a South Class C preliminary game in the Eagles nest. The Lady Eagles will take on third seed Spruce Mountain in a South B quarterfinal game on Saturday, Feb. 19 at 9 a.m. at the Portland Expo.

The two teams battled for the lead over the first three quarters, with LA leading by two 29-27 at the end of three. The Eagles soared in the first nine points of the fourth quarter to put the game out of reach of the Lakers.

Lincoln was led by Grace Houghton with 15, Payson Kaler 13, and Paige Lafrenaye 10. Lake Region was led by Margo Tremblay with 15. 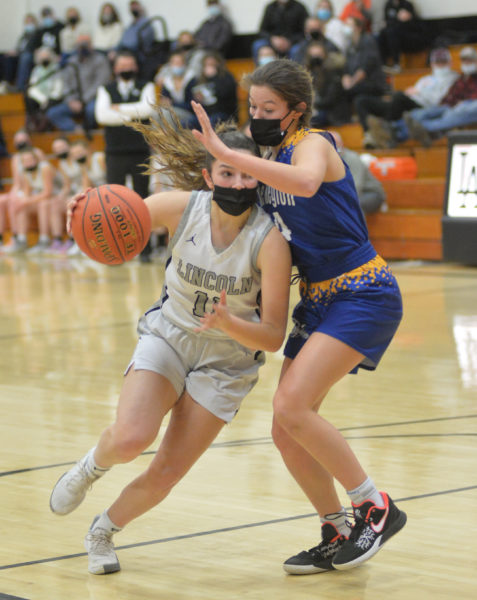 Paige Lafrenaye drives inside for the Eagles. (Paula Roberts photo)