Lincoln Academy and Boothbay Region field hockey teams battled to a 1-1 overtime tie on Oct. 14 under the lights in Newcastle. Kylie Brown scored on a penalty corner in the third period with Mara Gentry collecting the assist. Reegan Dunican scored the neutralizer in the fourth quarter on a hustle play and pass from Madison Phelps. 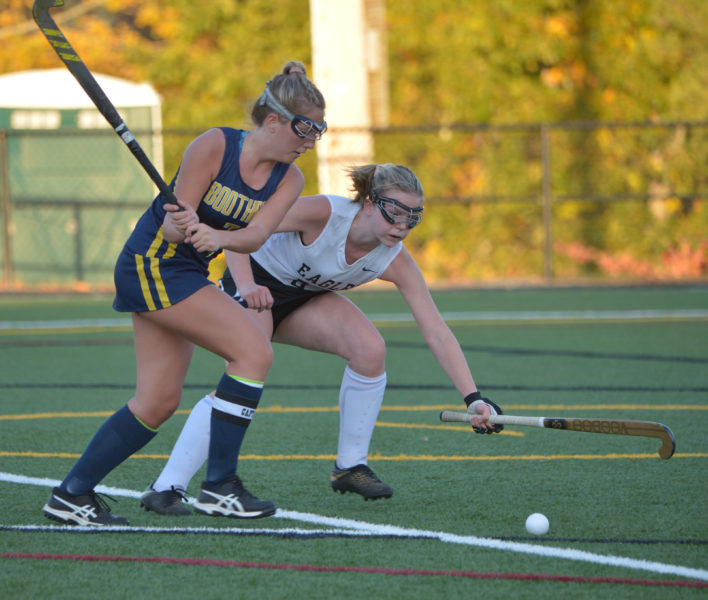 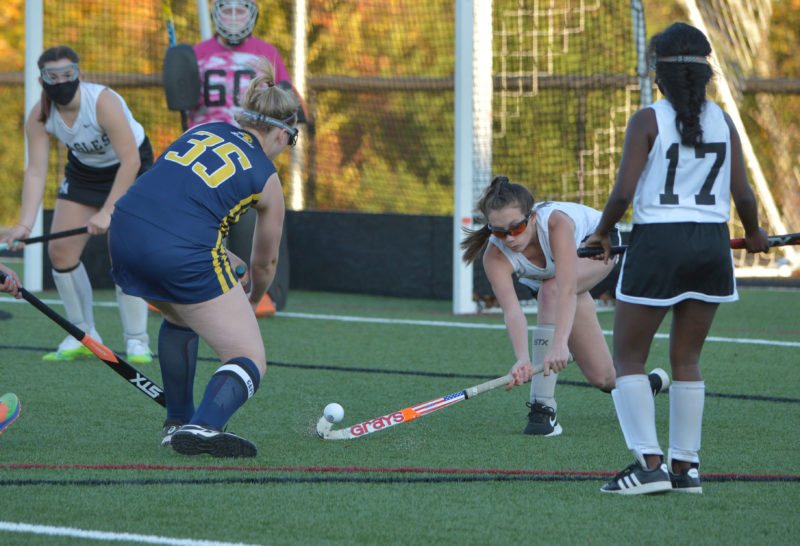 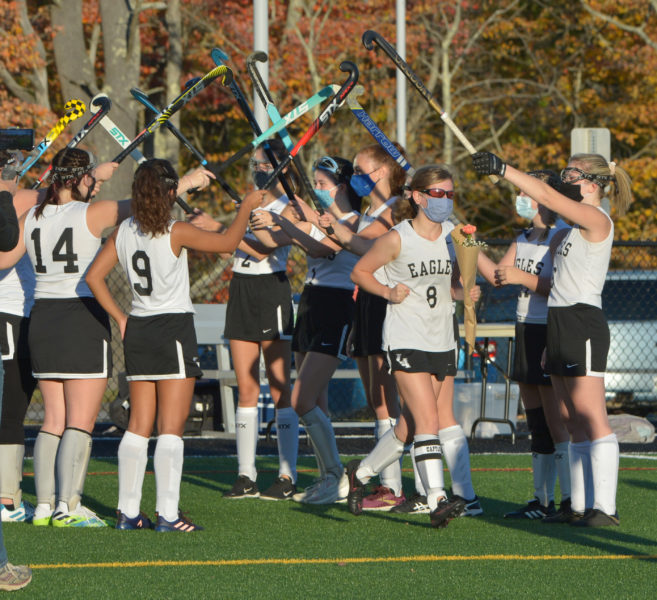 Lincoln Academy recognized their seniors at their first game of the season, including Jewel Farrin, who runs through a tunnel of sticks made by her underclassmen teammates. (Paula Roberts photo)