Lincoln Academy pitchers Grace Houghton and Payson Kaler combined for a 2-0 shutout win over Medomak Valley on May 6 in Newcastle. The game was a pitchers dual between Houghton and Panther Addie Jameson, that was scoreless through four innings.

Houghton and Northrup had the only hits for the Eagles. Jameson and Lydia Simmons had two singles each, and Emily Wotton and Mackenzie Emerson a single each. 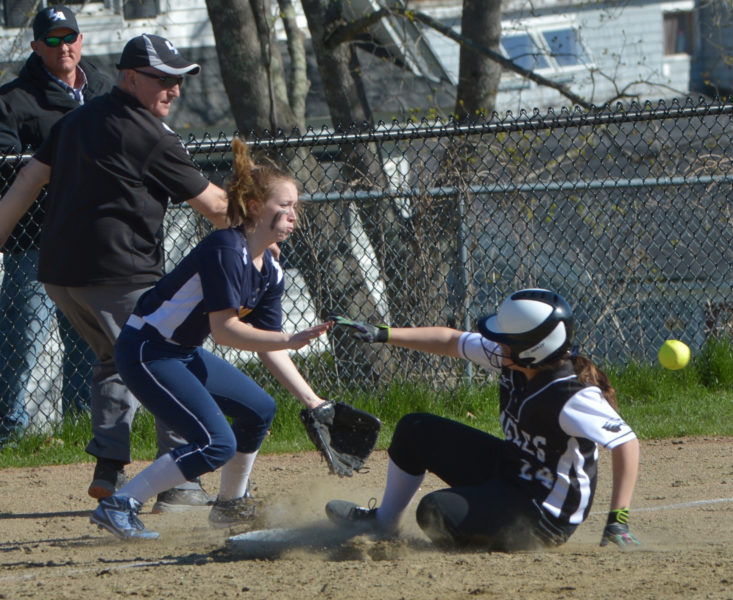 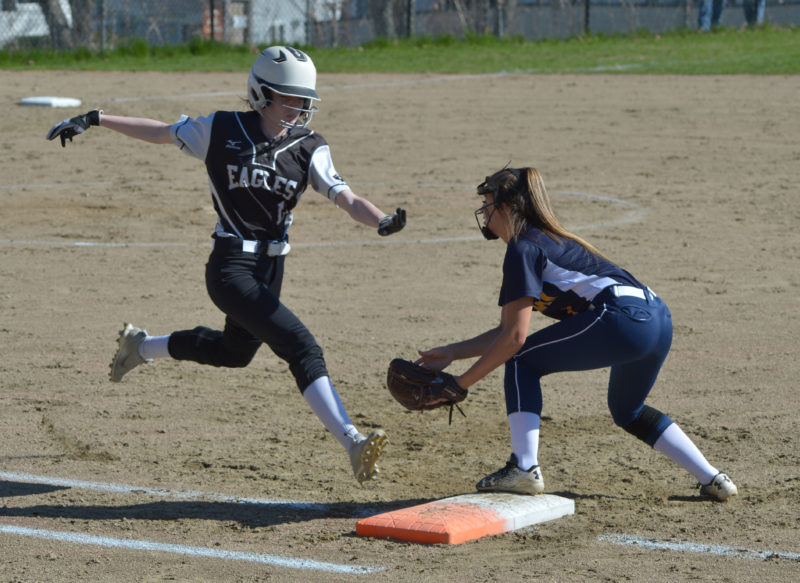 Medomak second baseman Cassi Smeltzer picks up the out at first base on Eagle Madeline York. (Paula Roberts photo)