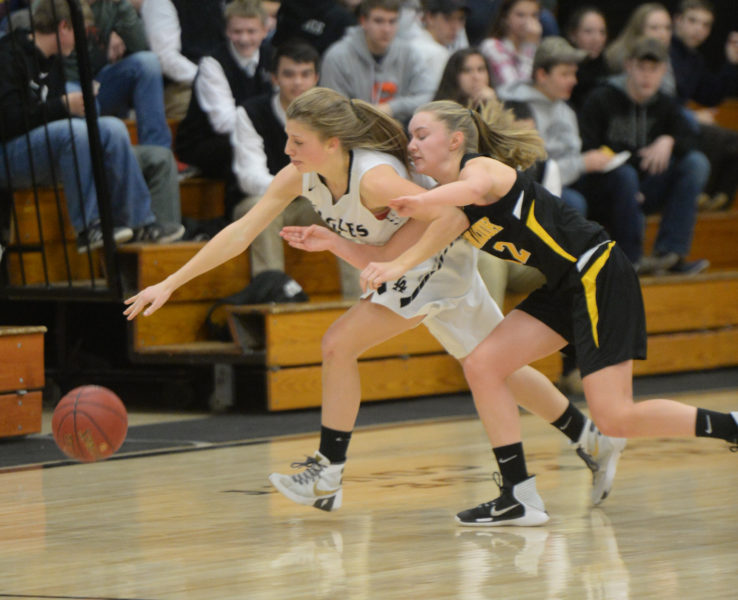 Lincoln Academy girls basketball team defeated Maranacook 58-19 in their KVAC home opener on Dec. 9. The Eagles bench saw plenty of playing time with 12 players figuring in on the scoring. The Lady Eagles were led by Brie Wajer 10, Ellie Mathew 7, and Madeline York, Katie Moore and Brianna Genthner with six each. Maranacook was led by Grace Depres with 8.

Anna Hatch passes the ball up the court for the Lady Eagles. (Paula Roberts photo)