The Eagles were led by Ellie Mathews with 11, Anna Hatch 7, Chelsea Williams 6 and Kaitlyn Feltis 6. Morse was led by Sierra Wallace with 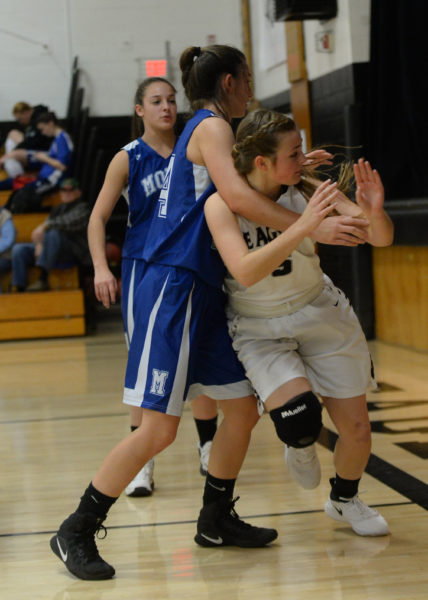 Joy Hedrick calls for the ball on an inbound play, as Morse’s Dory Kulis wraps her arms around her. No foul was called on the play. (Paula Roberts photo)