Lake Region led by as many as 10 in the second quarter, before the Eagles pulled within one by the half, 24-23. The two teams were tied at the end of three. Lincoln went up by seven in the fourth,. Chandler True hit two threes in the fourth to tie the game with 1:50 to play. The Eagles missed the front half of a one on one. Dorothy Hodous and Anna Hatch came up with steals in the final minute to keep the Lakers from getting off a shot.

The Eagles were led by O’Brien 22 and Brie Wajer 9. Lake Region was led by True 22 and Lauren Jakobs 7. 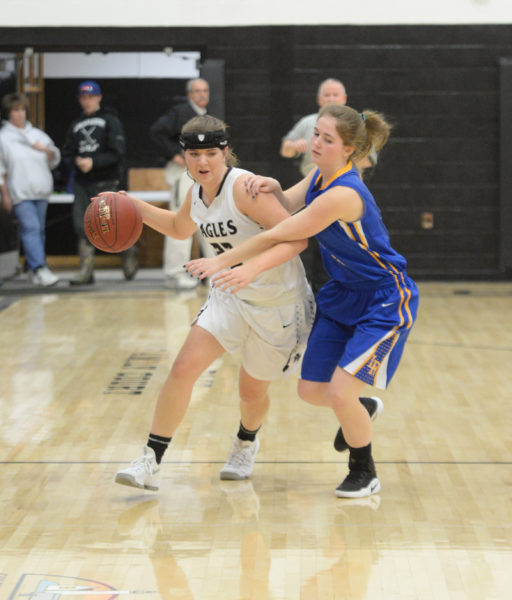 Cagney O’Brien brings the ball up the court in the Lady Eagles win over Lake Region. (Paula Roberts photo) 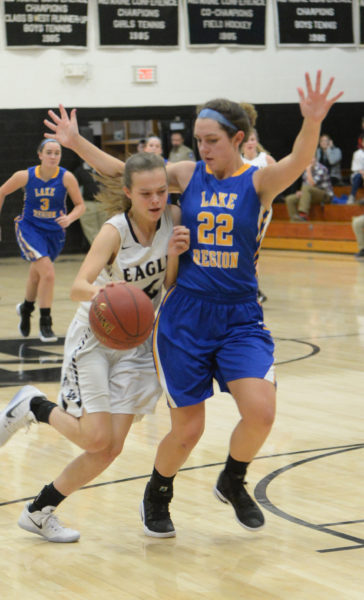 Chelsea Williams draws contact but no foul while driving to the hoop after stealing the ball. (Paula Roberts photo)