With a post season playoff berth on the line, Lincoln Academy girls basketball team scratched out a 46-45 win over Medomak Valley on Jan. 25 in the Eagles nest. Chelsea Williams sank two foul shots with nine seconds to play to lift Lincoln to their seventh win of the season (7-6). Medomak drops to 9-3 with the loss.

The Eagles held Medomak’s leading scorer Gabby DePatsy to just one basket from the floor, led by defense from seniors Khloe Poland and Anna Hatch. In the final minute of play, the Eagles sank four of six foul shots, and Medomak made one of three, including missing the front half of a one on one. 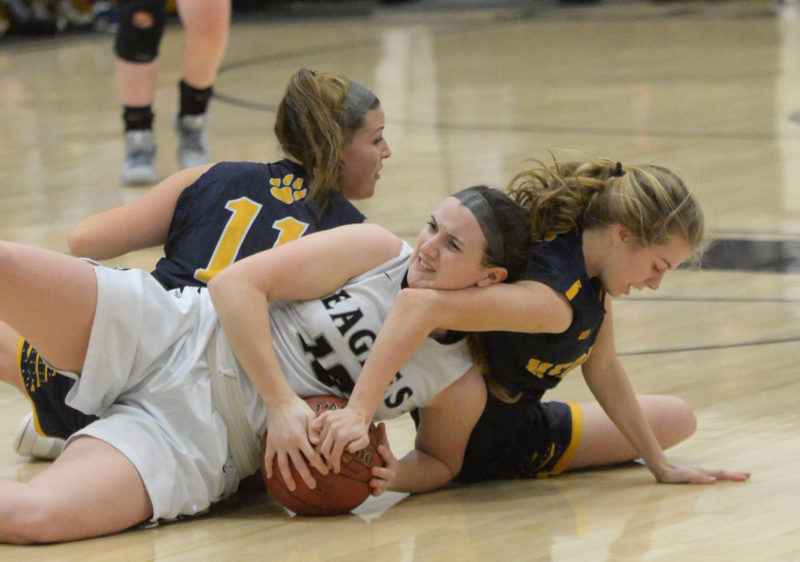 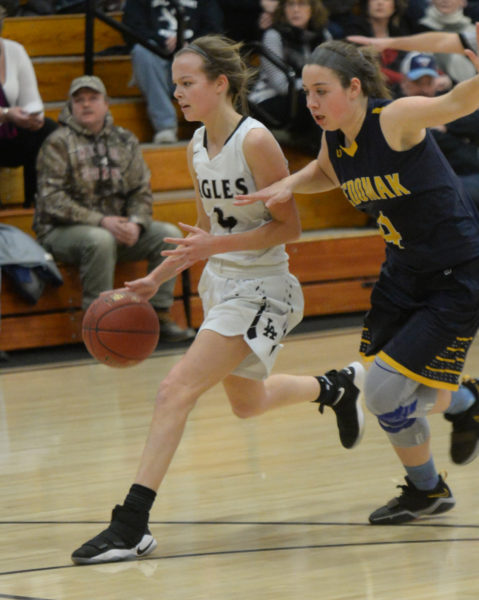 Chelsea Williams brings the ball up the court for the Eagles as Aubrey Schaeffer defends. Williams scored two foul shots withh nine seconds to go to lift Lincoln Academy to a one point win over Medomak Valley. (Paula Roberts photo)