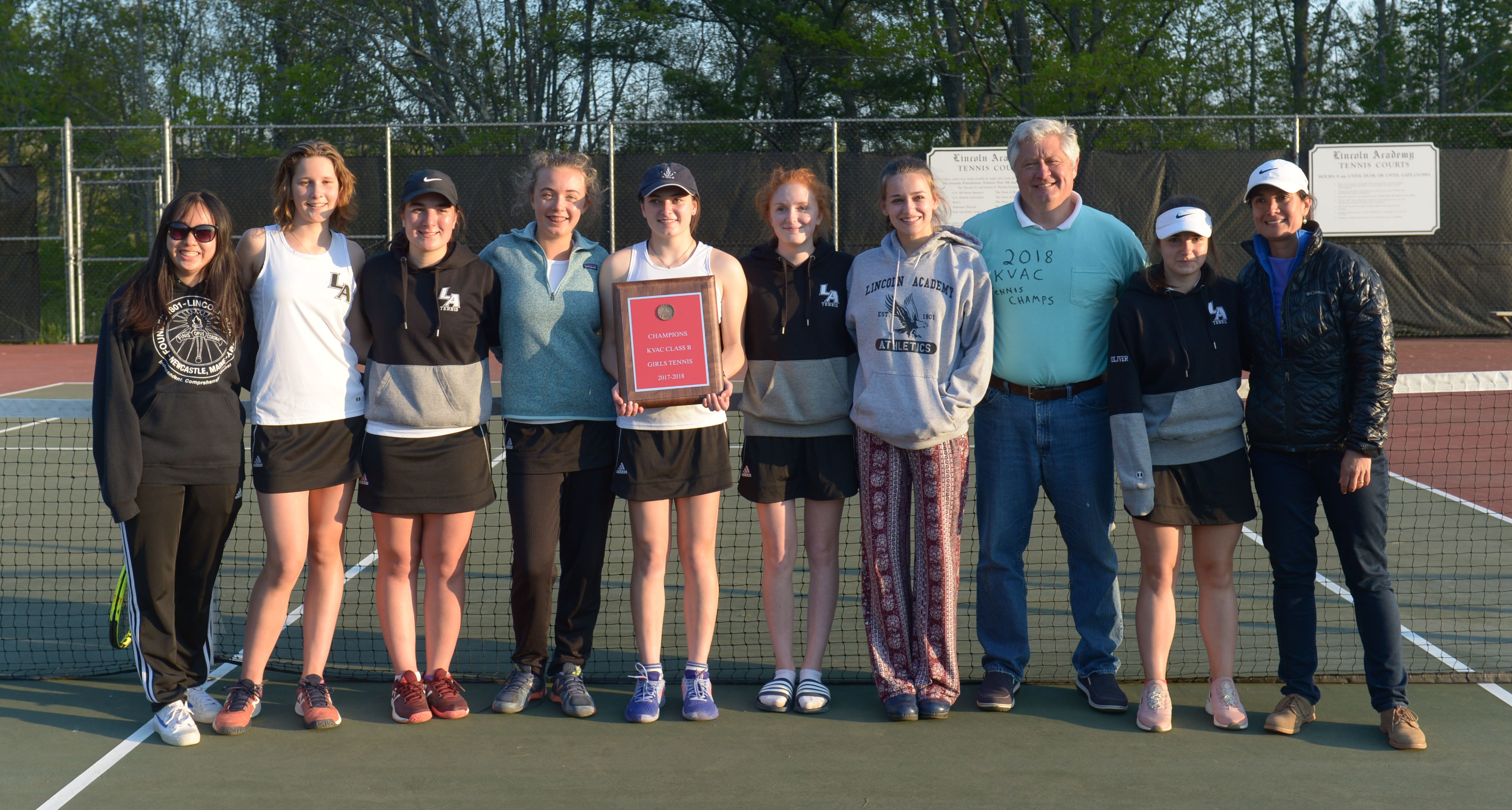 The Lincoln Academy girls tennis team won the 2018 KVAC Class B tennis championship on May 24 in the Eagles’ nest. Lincoln won the first four matches, sweeping all three singles matches and the second doubles match to beat Maranacook 4-1.

The last time LA girls won the KVAC title was in 2015.

Maranacook won the last match of the night to hand the Lady Eagles their first loss in a match all season. Sandra Thelander and Harmon Ingham won the first set for the Eagles in record fashion, 6-1. Grace Bachelder and Anna Swimm rallied in the second set, taking three straight sets to win 6-3. Nearly every point in the second and third set went to deuce. Thelander and Ingham won the first game on the third set before the Black Bear pair scored the next two to take the lead. Lincoln tied it up at 3-3, but Maranacook prevailed, scoring three of the next four points for a 6-4 win.

Lincoln finished the KVAC season at 12-0. Maranacook was 11-1, with their only loss coming to the Eagles.