The feathers and fur were flying in KVAC girls basketball action on Jan. 15 at Lincoln Academy. The Lady Eagles rallied for a 43-40 win over Maranacook in overtime. The Black Bears led 14-11 at the end of the first quarter. Lincoln led 24-20 at the half and 31-28 at the end of three. The Eagles were down three with a minute and a half to go. Payson Kaler pulled them within one with 1:10 to play, and Annie Peaslee sank two at the free throw line with 57 seconds remaining to give the Eagles a one point lead. Grace Dwyer was sent to the line with 18 seconds to go, where she made one of two shots to tie the game and force overtime.

Lincoln took a six-point lead in OT. Natalie Kaler crashed the glass for two, and Paige Lafrenaye made two foul shots and Peaslee and N. Kaler one each. Natalie Mohlar made a three at the buzzer to cut the lead to three. 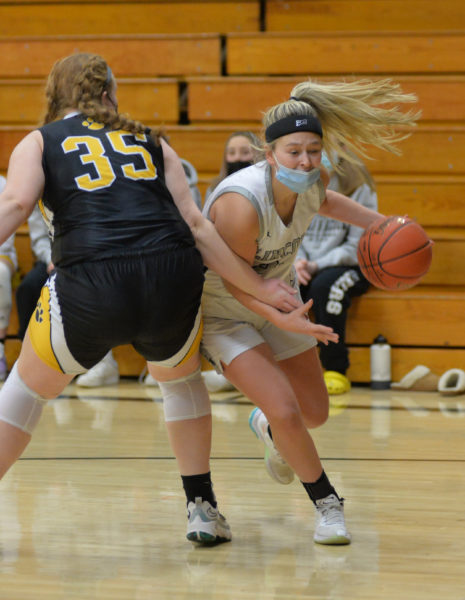