Lincoln Academy girls basketball team wrapped up their season on March 9 with a 45-40 win over Richmond in the Eagles nest. Richmond led 10-5 at the quarter and 21-19 at the half, before the Lady Eagles rallied in the third on three 3-pointers from Maddy York to take a 33-31 lead into the break. Lincoln held on in wild fourth quarter, making five of eight foul shots in the final 32 seconds of play to pull out the five point win.

Lincoln finishes the season at 5-6. 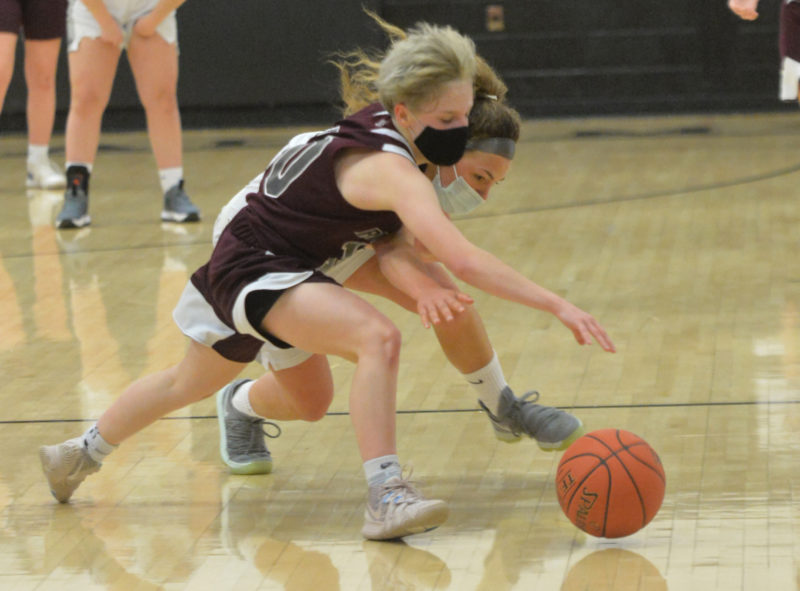 Grace Houghton dives onto the floor to steal the ball away from Richmond’s I. Stewart. (Paula Roberts photo) 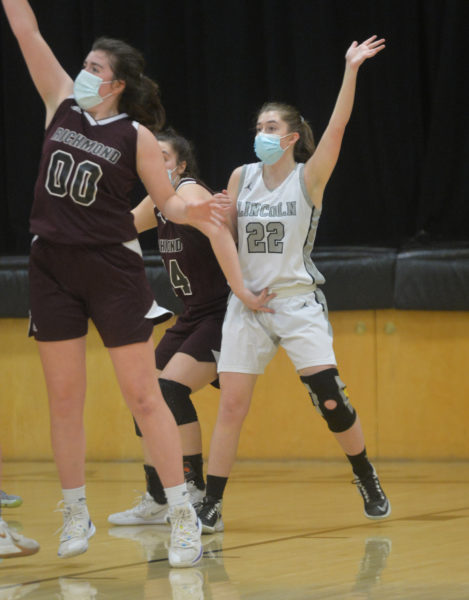