Medomak Valley girls basketball team defeated Morse 49-42 on Dec. 23 in Bath. The Lady Shipbuilders led briefly at  the end of the third quarter, before the Lady Panthers recaptured the lead 34-31 at the end of three.  Medomak was led in scoring by Alyssa Creamer with 17, Kytana Williamson 10, and Autumn Ripley 8. Morse was led by Dakota Shipley with 13 and Danielle Bryant 10.

Morse robbed the Panthers den for a 60-57 win on Dec. 23 in KVAC  boys basketball action. Medomak led by as many as 14 in the second quarter. Morse scored the first 12 points of the third quarter, on a handful of Panther turnovers, to take their first lead of the ball game. After four lead changes, Medomak took a 46-44 lead into the fourth quarter. The Shipbuilders opened the fourth quarter with 10 straight points to take the lead for good. Medomak pulled within two with 17 seconds to go. Andrew Card blocked Trevor Brown on a tying shot attempt. Medomak was led by Brown with 24 points. Morse was led by Gabe Aucoin with 18 and Calin Gould 10. 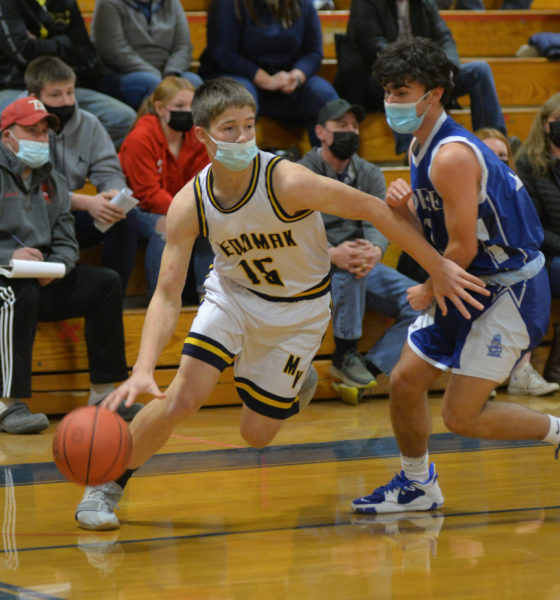 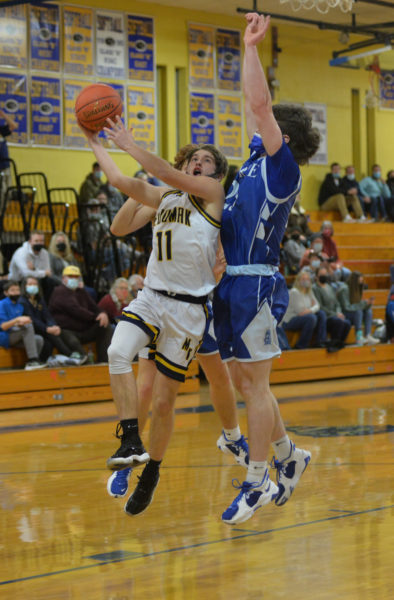 Blake Morrison drives inside for the Panthers. (Paula Roberts photo)