Medomak Valley girls basketball team defeated Lincoln Academy 55-43 during their Paws for a Cause pink out game on Thur., Jan. 11 in KVAC make-up action.

The Panthers led 11-6 at the quarter and 20-17 at the half, before taking a 13 point lead at the end of three, 37-24. Medomak led by as many as 15 in the fourth before the Lady Eagles mounted a comeback bid to pull within eight with a minute and a half to go. Hallie Kunesh sank four straight foul shots with under 32 seconds to play to extend the Panthers lead.

Medomak was led by Lydia Simmons with a career high 19 points, Sadie Cohen 15, Kunesh 9 and Maddy White 8. Lincoln was led by Anna Hatch 10 and Ellie Mathews 9. 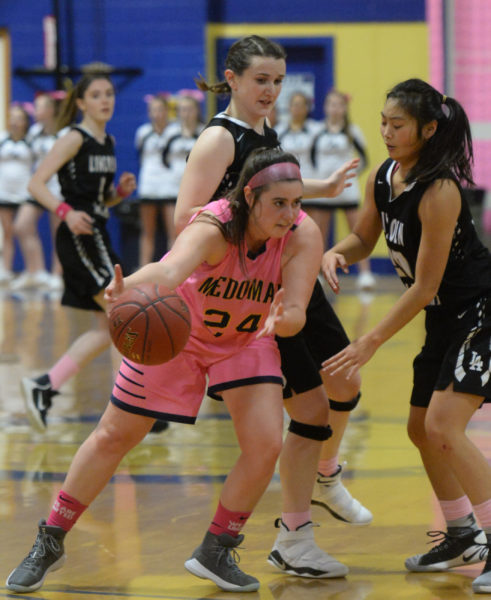