Medomak Valley girls soccer team defeated Lincoln Academy 3-2 in overtime in their Homecoming match-up on Sept. 15 in Waldoboro. Chelsea Williams curled in back to back direct kicks deep in the Lady Panthers defensive end to give the Eagles a 2-0 lead. Sadie Cohen knotted the score  by halftime, scoring the first goal on a free kick from Aubrey Shaeffer, and the second on a 20 yard boot that floated in under the cross bar. Gabby Baughman collected the tying assist. Cohen scored the game winner on a corner kick from Annie Vannoy. 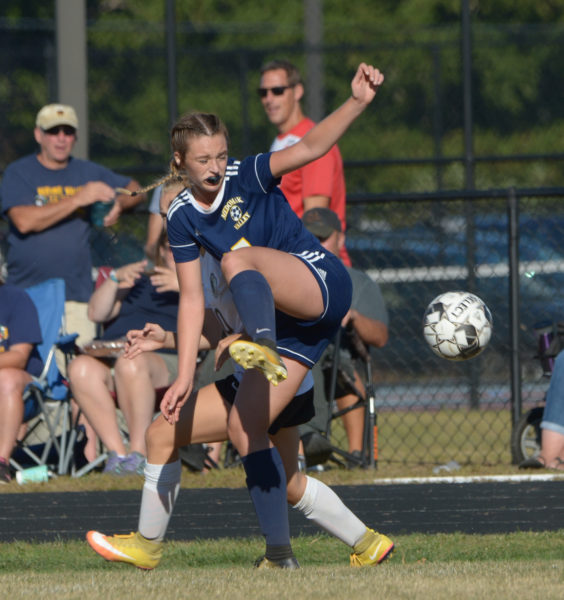 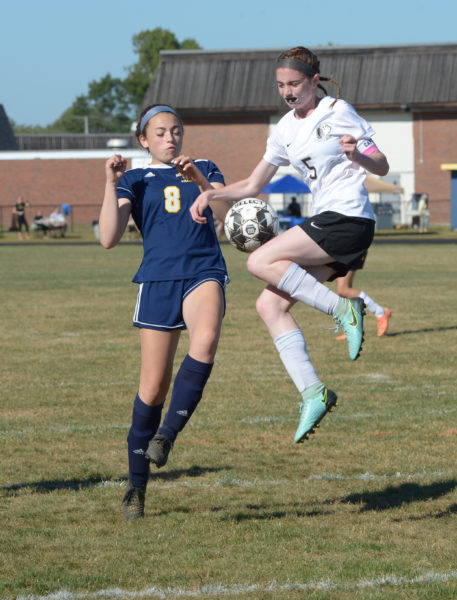 Alison York leaps into the air to stop a pass inside the Lady Panthers offensive end, as Gabby Baughman tries to get a shot off. (Paula Roberts photo)