Medomak Valley girls basketball team captured a 44-39 win over Lincoln Academy on Feb. 23 in the Panthers den. The two cross county rivals battled it out the entire game. Medomak led 11-5 at the quarter break and 20-15 at the half, before the Eagles tied the game at the end of three, 27-27.

Senior Abby Lash got the ball rolling for the Panthers in the final quarter, scoring two hoops and two foul shots within the first two minutes to play to give Medomak the lead for good. Lincoln pulled within two twice. Maya Cannon and Alyssa Creamer scored late baskets and Lash a foul shot for the Panthers to pull out the five point win. 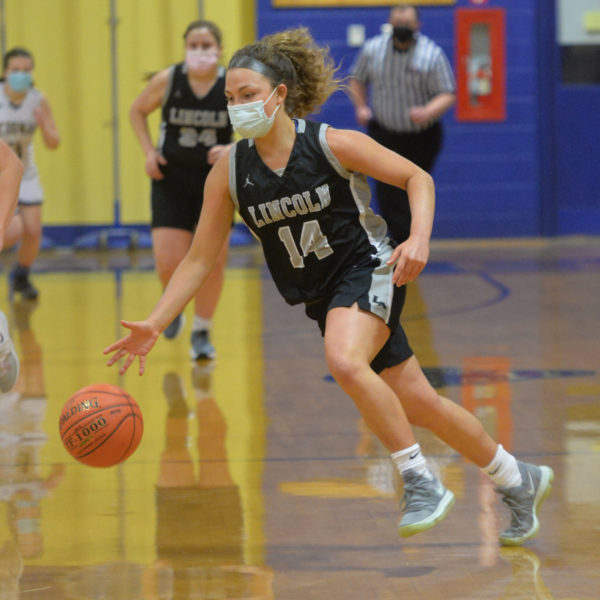 Grace Houghton sprints down the court after stealing the ball. (Paula Roberts photo) 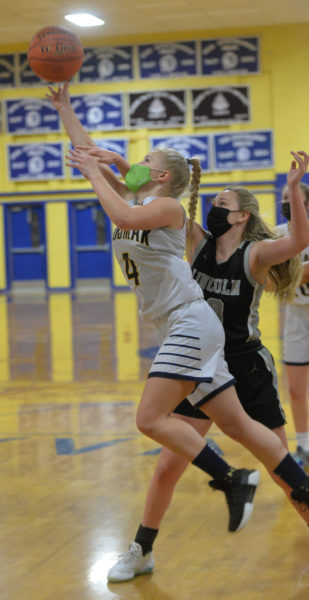 Medomak was led by Lash with 12 points, Autumn Ripley 10, Cannon 8 and Creamer 7. Lincoln was led by Paige Lafrenaye 12, Grace Houghton 9 and Maddy York 9.