Gabby DePatsy struck out 10 in the win.  Sydney Thompson collected the loss. 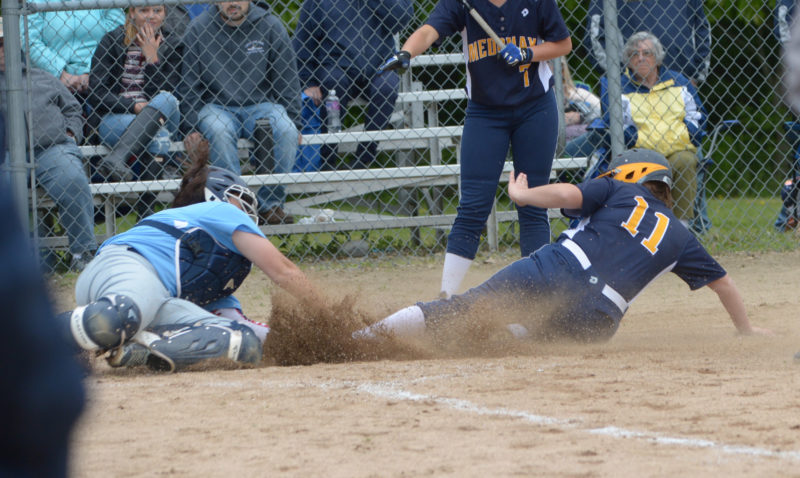 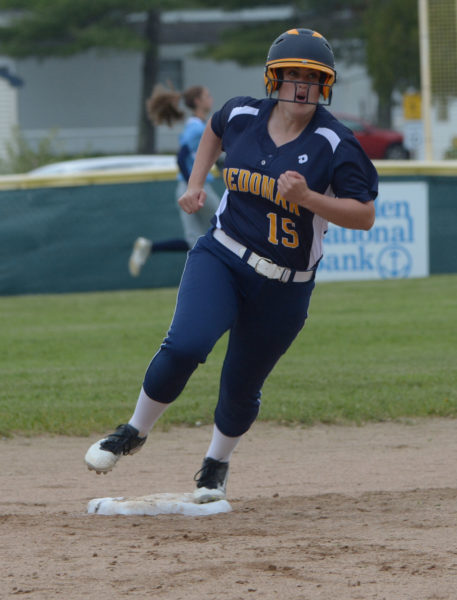 Lydia Simmons rounds second and heads to third with a standup triple in the first inning. (Paula Roberts photo)