Medomak Valley girls basketball team defeated Camden Hills 37-29 on March 8 in the Kno-Wal-Lin COVID tournament. With the win, the Lady Panthers advance to the finals on March 11 at Oceanside. Medomak jumped out to an 11-5 first quarter lead and led 25-12 at the half. An aggressive Windjammer defense frustrated the Panthers in the second half and forced 14 turnovers. Camden pulled within five in the fourth quarter on back to back hoops from Molly Hixon.  Addison McCormick scored on a Abby Lash feed and Autumn Ripley on a pass from Paris Pierpont to boost Medomak’s lead to nine, as time ran out on a Windjammer come back.

Medomak was led by McCormick with 11, Lash 7 and Ripley 6. Camden was led by Hixon with 9 and Ella Graffam 6. 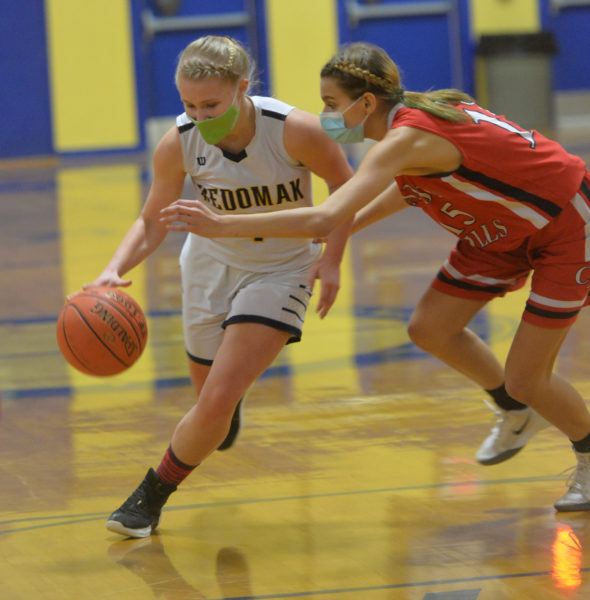 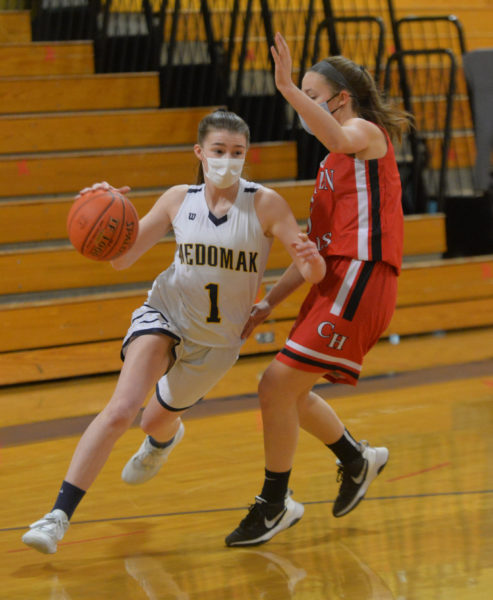