Boothbay Region girls basketball team defeated Madsion 53-45 in a South Class C match-up on Feb. 22, to advance to the Regional championship game. The Lady Seahawks will take on Monmouth on Sat., Feb. 24 at 7 p.m. for the Regional title at the Augusta Civic Center.

Boothbay got off to a slow start, with starter Faith Blethem sitting out the first 14 minutes to conserve her energy, as she is recovering from the flu. Starters Sydney Meader and leading scorer Page Brown picked up their third foul early in the second period, which spread Boothbay a little thin.

The Bulldogs took advantage for a 13-11 quarter  and 30-23 half time lead. Boothbay found themselves down by nine early in the third, before battling back to cut the lead to three by quarter’s end, 40-37.

Boothbay had all their offensive weapons on the floor in the fourth and overpowered the Bulldogs 16-5 to come from behind to win. The Lady Seahawks netted the first 10 points of the final period to take the lead for good. Page Brown started the rally with a pair at the line, Faith Blethen scored on a Brown feed, and Glory Blethen settled two long balls from behind the arch in the rally. 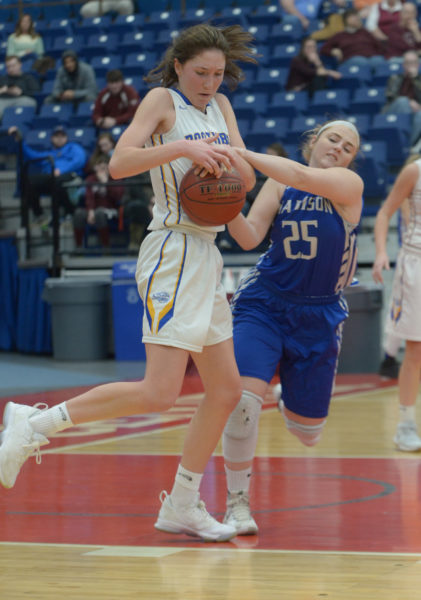 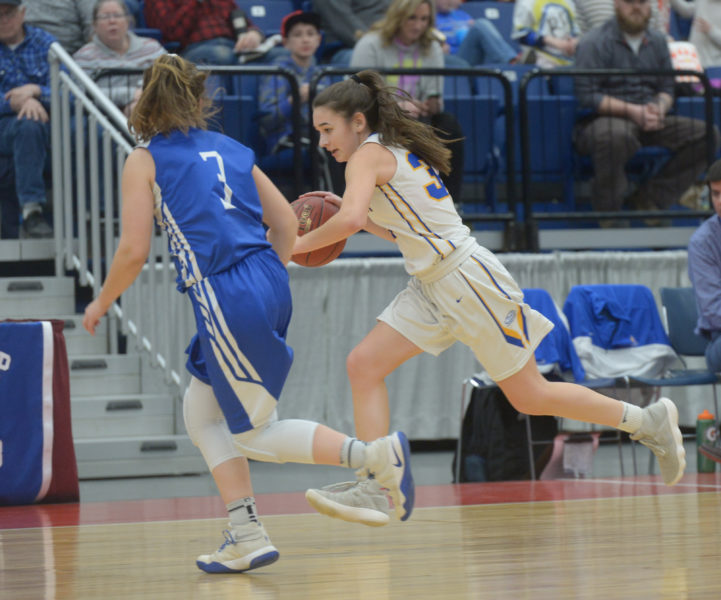 Chloe Arsenault brings the ball up the court for the Lady Seahawks. (Paula Roberts photo)