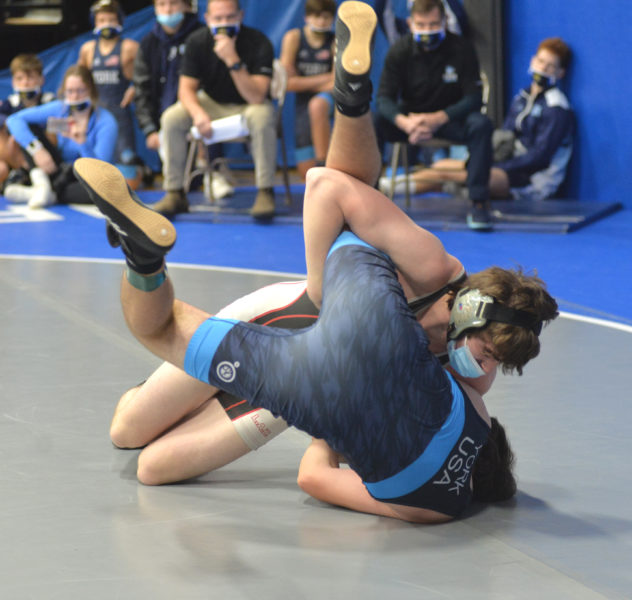 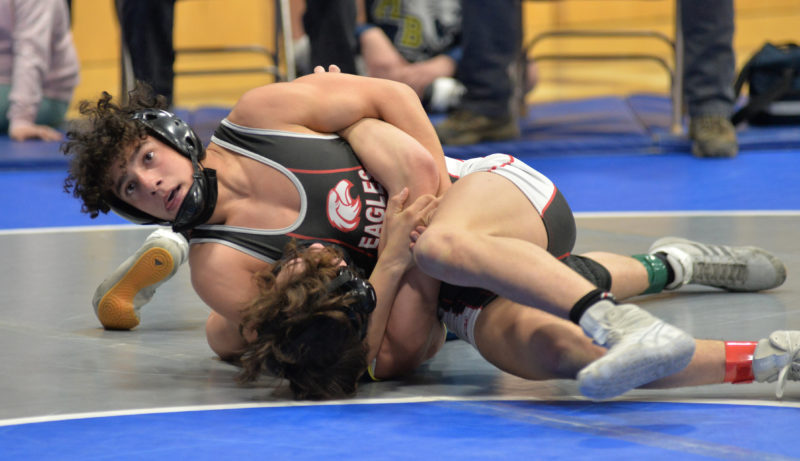 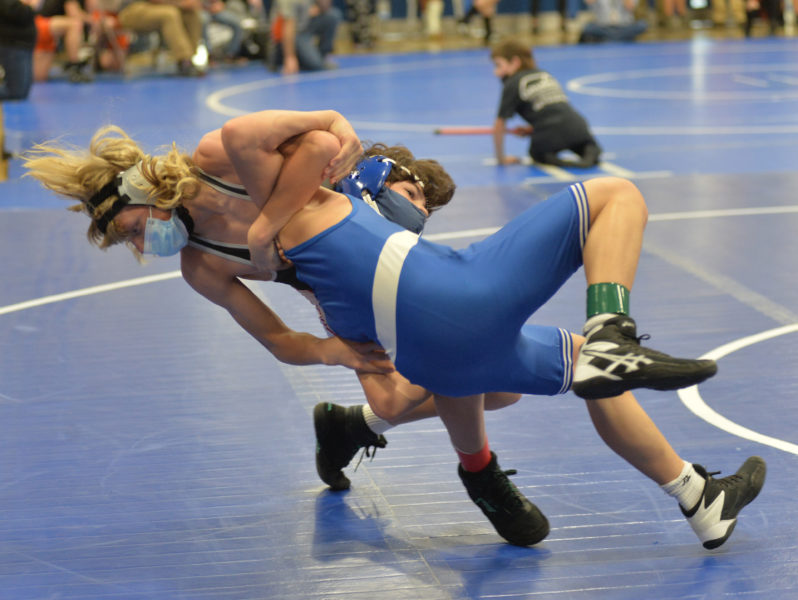 Adam St. Cyr takes down his Morse opponent in his first match of the day. St. Cyr went on to place first at 106 pounds in the Westlake Tournament. (Paula Roberts photo)